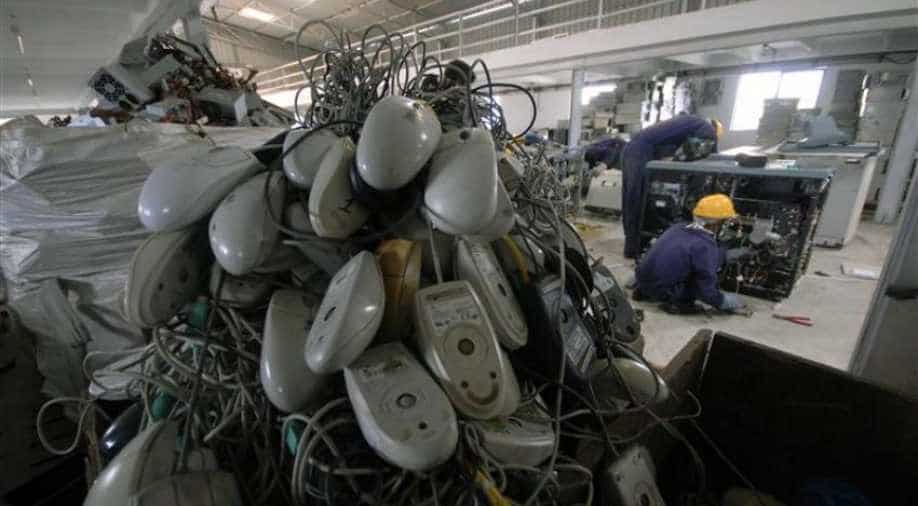 Eight years after the first e-waste rules were notified in India in 2011, the producers are still shying away from fulfilling their responsibility under EPR, says the latest Toxics Link study Time to Reboot-III.

The new is always an attraction to an old distraction and designing this as an effective marketing strategy are manufacturing giants.

This schematic focus has changed consumption and disposal patterns, especially in the electrical and electronics sector. But are these electronic giants, many of them multinationals, doing their bit to manage the end of use electronics?

Eight years after the first e-waste rules were notified in India in 2011, the producers are still shying away from fulfilling their responsibility under EPR, says the latest Toxics Link study Time to Reboot-III. 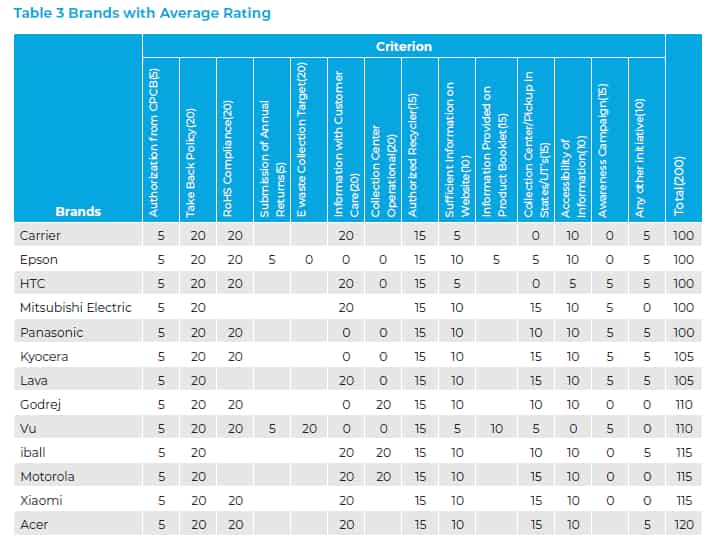 The report has assessed and rated 54 major Electrical and Electronics brands on the implementation of Extended Producer responsibility and did not find substantive change on the ground.

The report which has grouped the companies in four categories, based on their initiatives and systems, found that only seven out of 54 companies are in ‘green’ and have initiated measures for implementing efficient take back systems.

13 brands have been assessed as average while 29 brands have performed below average, clearly suggesting that most companies are probably making attempts to be seen as complying but not making any serious efforts to ensure that e-waste is collected and channelised in a sound way.

The most shocking part is that five brands are still in the ‘red’ category, implying that these companies have performed very poorly on their EPR compliance.

Most in ‘red’ is from the lighting industry. 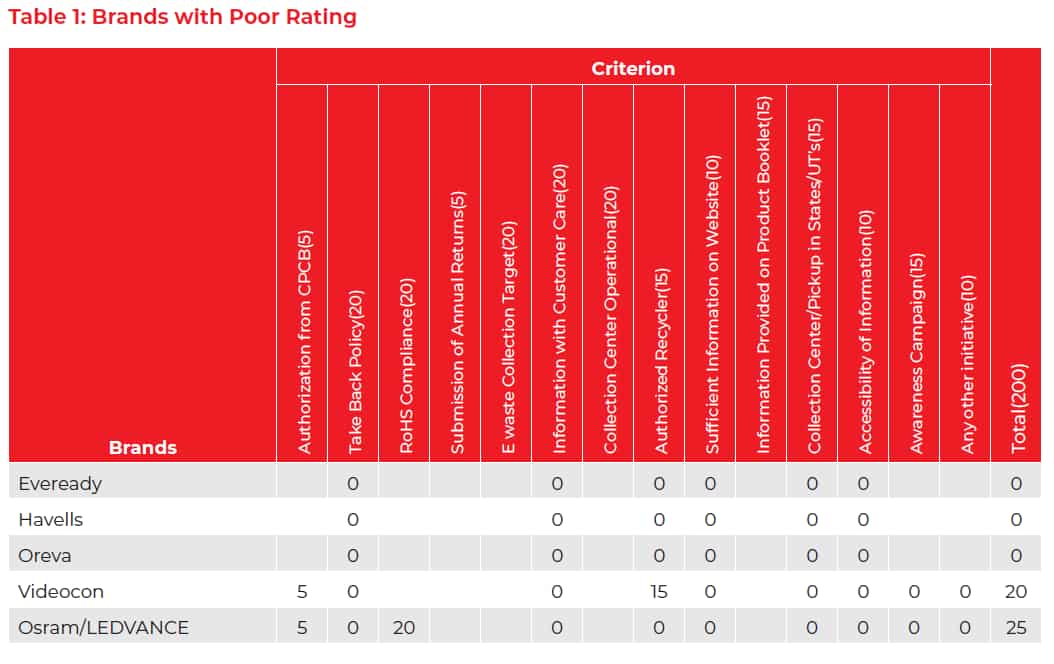 Satish Sinha, Associate Director, Toxics Link, who has actively worked on e-waste policies for over a decade, reminisced saying, “when we released our first publication in this series, Time to Reboot in 2014, which tested  performances of top 50 electronic and electrical brands; we were shocked to find that 17 out of 50 were in the ‘red’ category. It has improved since then but not enough”.

For the study, the companies were rated based on several criteria such as take back policy,  E-waste collection target achieved and consumer awareness. 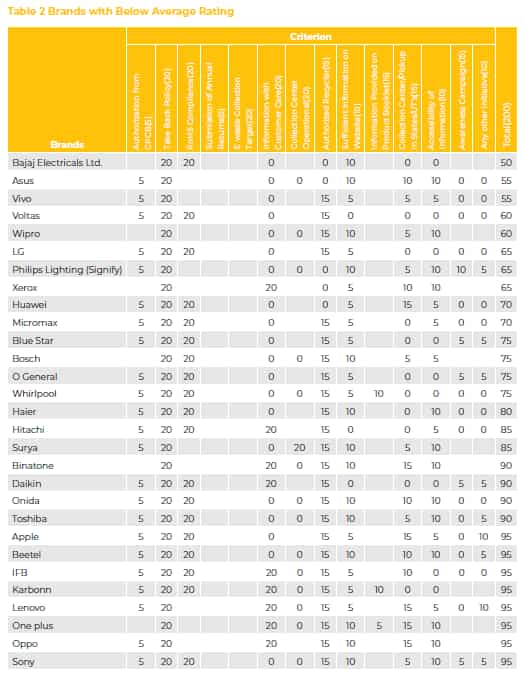 The study also looked at on ground collection system and information provided by the company representatives on the company’s take back policy.

Since the new rules in 2016, even though the amount of efforts has improved, but the ground realities haven’t changed much.

“We are really disappointed to see that the companies are still reluctant to set up effective take-back systems. Helplines with no information and so many non-functional collection centres are clear indications that companies are not making any serious effort, says Priti Mahesh, Chief Coordinator, Toxics Link who has worked closely on the entire study to demystifying the truth behind the inefficacy of systems.

She adds, ‘there is no easy accessibility of information/services for a consumer with regards to the take-back system and hence not surprising that most consumers are unaware and not participating”,

The report is indicative of the fact that though there are experiences of implementation of EPR globally, including setting up of effective systems and reaching out to consumers, the challenge continues to be lack of committed efforts from the complete sector in India.