Builder of Mumbai's Crystal Tower, in which 4 died in fire, arrested 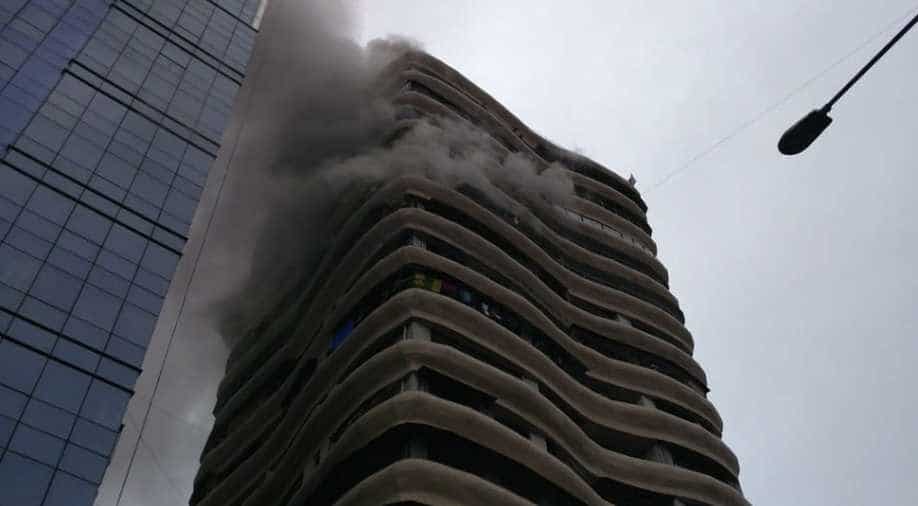 A Level-2 fire broke out in Crystal Tower near Hindmata Cinema in Parel area. Photograph:( ANI )

4 people died and 22 persons were injured in the incident.

Earlier the police registered a case against the building developer.

The civic body had in October 2016 issued a notice to the builder and the 58 occupants to vacate the building within seven days but it was challenged in the court and is still sub-judice, the BMC said in a statement.

The Fire Department again declared the building unsafe today after the blaze and recommended disconnection of electricity and water supply.

The department has also suggested to the police to file a case of criminal negligence against those responsible for allowing the occupants to live in an unsafe building.

The fire was reported at 8.32 am and was brought under control after about three hours, officials said.

Some renovation work was underway on the affected floor but the exact reason behind the blaze would be known only after a proper investigation, they said.

"Owing to smoke and heat, the occupants on upper floors got trapped and 30 to 35 were rescued by fire brigade using special appliances and firemen donning breathing apertures from the staircase of the building," Mumbai Fire Brigade chief P S Rahangdale said.

Zen put to use the fire safety tips she had learnt during a school project in Class 3, which ensured that her family and others remained safe until the arrival of fire brigade personnel.

"Since the building was without OC, its firefighting system was not in the place," Rahangdale said.

Four people, including an elderly woman, were killed and 22 suffered injuries in the fire, the BMC said in a statement.