First Rafale aircraft set to be delivered in September in India 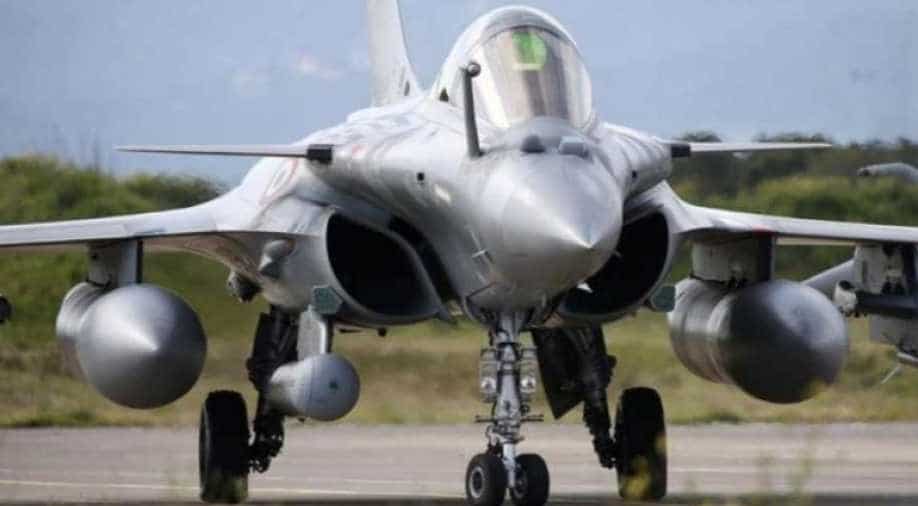 The delivery of the aircraft is slated to take place in France and would be brought to India.

Notwithstanding the controversy, the Rafale fighter jet procurement process is on schedule and the first aircraft will be delivered to India in September this year, said an Indian Air Force (IAF) official on Tuesday.

The delivery of the aircraft is slated to take place in France and would be brought to India, the official added.

Earlier in the day, IAF's Deputy Chief Air Marshal VS Chaudhari said that no sovereign guarantees were given by the Russians in the S-400 air missile system deal.

Later while briefing on the Vayu Shakti exercise, IAF Vice Chief Air Marshal Anil Khosla said, “Rafale induction into the Air Force will give a big boost to our combat capabilities”.

Meanwhile, Congress president Rahul Gandhi today used a fresh media report to allege that Prime Minister Narendra Modi had acted as a “middleman” for industrialist Anil Ambani in the Rafale fighter deal and accused him of violating the Official Secrets Act (OSA) and indulging in “treason” for which “action must be initiated”. However, Ambani has repeatedly refuted all allegations and have termed them baseless.

Earlier on February 11, Air Marshal SBP Sinha who headed Rafale negotiations on behalf of India said that the anti-corruption clause in the Rafale deal was not there in the earlier government to government contracts signed with America and Russia.

The UPA government in 2013 had come up with a new policy which allowed the Defence Ministry not to follow the laid down rules and sign inter-governmental agreements with friendly foreign countries as per mutually agreed provisions between both sides.