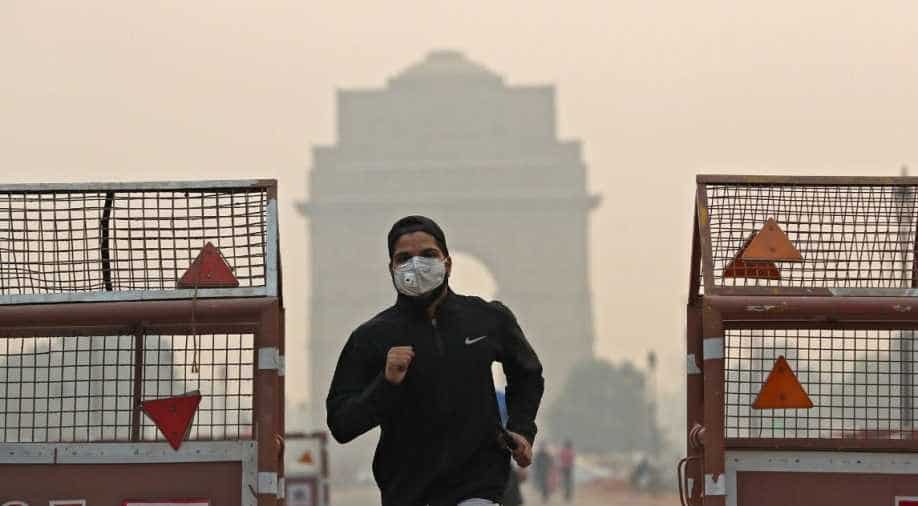 In measures to control the air pollution, construction activities have been prohibited in Delhi NCR till the morning of November 5. Cracker burning is also completely banned for the entire winter period.

India's Environment Pollution Prevention and Control Authority on Friday declared a public health emergency in the national capital as air quality continued to dip in the 'Hazardous' category.

"This is a public health emergency as air pollution is now hazardous and will have adverse health impacts on all particularly the children," Environment Pollution Prevention and Control Authority said in a statement.

In measures to control the air pollution, construction activities have been prohibited in Delhi NCR till the morning of November 5. Cracker burning is also completely banned for the entire winter period.

For the last five years, Delhi has been witnessing a public health emergency in the form of air pollution. This year as well Delhi and its adjoining areas witnessed a severe dip in the air quality causing smog across the region.

The cause of the pollution spike is believed to be the bursting of crackers on Diwali and stubble burning in neighbouring Punjab and Haryana.

On Friday, according to System of Air Quality and Weather Forecasting And Research (SAFAR), the overall AQI dipped to 425 which falls into "severe" category.

The calm surface wind condition that prevails last two days over Delhi has led to strong surface nocturnal inversion and accumulation of pollutants.

Also, the effective stubble fire counts of Haryana and Punjab has increased from the previous day count of 1057 to 2396, as evident from SAFAR-multi-satellite fire product.

The stubble fire percentage contribution of Delhi's air quality which has touched the season's highest share of 35 per cent on October 30 is predicted to be 27 per cent for today and 25 per cent on November 1.

An improvement to the lower end of the 'Very poor' category is expected by November 2.