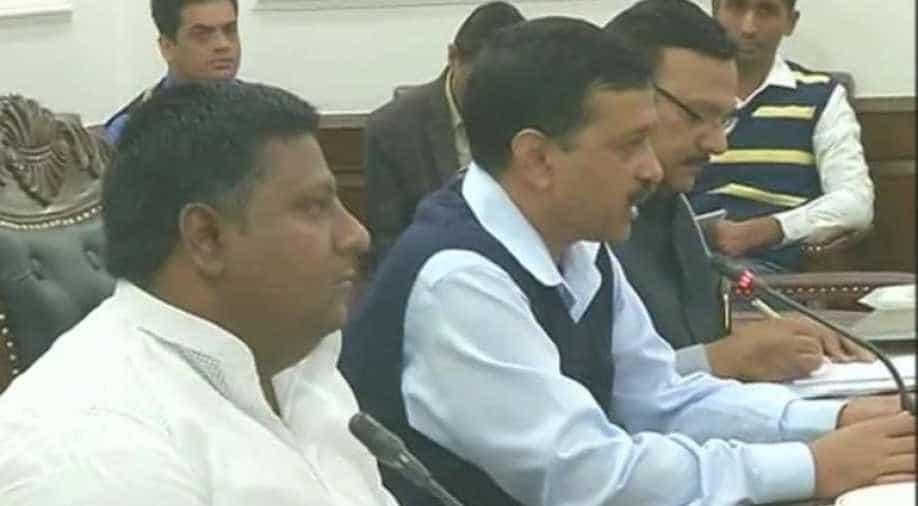 In a joint statement, the two chief ministers said they had resolved to 'to put in sustained efforts in pursuance of the jointly identified action points in the coming days, weeks and months'

In a joint statement, the two chief ministers described the meeting as "fruitful" and said they had resolved to "to put in sustained efforts in pursuance of the jointly identified action points in the coming days, weeks and months."

The statement read, "We the chief ministers of Delhi and Haryana are happy to have had a very fruitful meeting at Chandigarh today. We recognised our deep and shared concern over the recent episode of heavy smog in the National Capital Region. We agreed upon the need for action on many measures aimed at preventing its re-occurrence in the winter of 2018. During discussions we agreed that the serious health risks to which such episodes of smog expose one and all require concrete and quick action on a number of fronts.

In today's meeting, we covered crop residue burning and vehicular pollution issue. We resolve to put in sustained efforts in pursuance of the jointly identified action points in the coming days, weeks and months. We look forward to covering other sources of air and water pollution in our future discussions."

Kejriwal had earlier said that Mr Khattar had called him to Chandigarh today since he was very busy and he could not meet him in Delhi.

In a letter to Mr Kejriwal on November 10, Khattar had asked Kejriwal what steps he had taken to end stubble burning by farmers in areas near the national capital.

The Delhi chief minister had sought a meeting with his counterparts from Haryana and Punjab to find a solution to stubble burning in neighbouring states, a major source of high pollution levels in Delhi during winters. He had earlier said that the Centre, Haryana, Punjab and Delhi governments should keep political differences aside and come together to find a permanent solution to stubble burning.

The practice of burning of crop residue by farmers of the two states of Punjab and Haryana has been blamed for the toxic smog enveloping the region every winter.

He alleged that the Aam Aadmi Party (AAP) chief was "trying to divert" public attention from his government's "failure" to check the problem of pollution in Delhi, as exposed in the National Green Tribunal's response to the "ill-conceived" odd-even scheme.

He also said there was no point in meeting Kejriwal and asserted that stubble burning was an issue to be resolved by the Centre.