Delhi airport resumes operations after brief shutdown due to fog 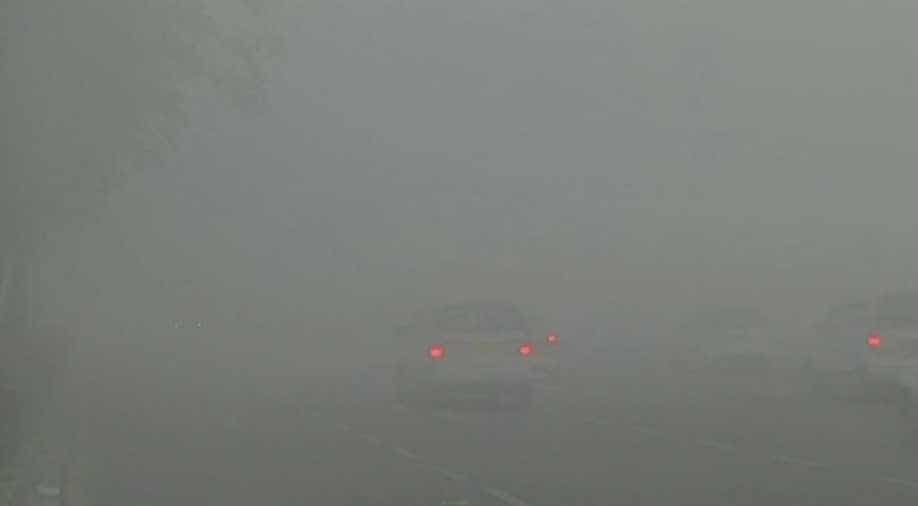 Visuals of the fog from the area around New Delhi's Indira Gandhi International Airport. Photograph:( ANI )

Many flights continued to be delayed

Operations at Delhi airport were briefly suspended today morning as visibility dropped below 50 metres because of heavy fog. Many flights continued to be delayed though.

Operations at Delhi Airport, temporarily suspended due to low visibility, have now resumed. Many flights continue to be delayed pic.twitter.com/ofxjjGd6cH

The blanket of fog early morning had led to the cancellation of one flight and the delay and rescheduling of trains.

Five domestic and seven International flights were earlier delayed in the morning because of poor visibility.

Fifty-six trains in the national capital were delayed, 20 rescheduled and 15 cancelled due to low visibility in the region.

Operations at the airport were on halt until 11 am and were resumed after that.

Decreasing temperatures and "hazardous" and "very unhealthy" levels of air pollution have contributed to the dense fog.