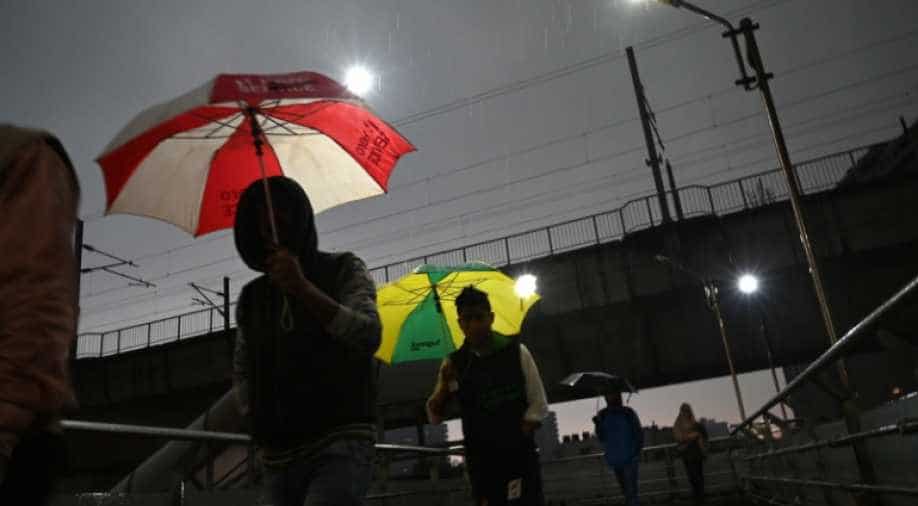 The respite will not likely to stay for a long time as air quality is expected to deteriorate slowly due to stable weather conditions where low wind speeds with cooler temperature play a dominant role.

According to Meteorological (MeT) department, the maximum temperature settled at 19.2 degrees Celsius, also three notches below the average.

In the morning, Delhiites braved cold weather conditions to throng to Rajpath to witness the 70th Republic Day celebrations.

The humidity level oscillated between 100 and 50 per cent.

The weatherman has predicted clear skies for Sunday.

Meanwhile, rains over the last few days have washed away big pollutants in Delhi, contributing to a slight improvement in its Air Quality Index, which reached "moderate" levels today.

"The overall air quality over Delhi is moderate, purely attributed to rainfall. With overall Air Quality Index on Saturday recorded at 211 in the capital," the System of Air Quality and Weather Forecasting And Research (SAFAR) said.

The respite will not likely to stay for a long time as air quality is expected to deteriorate slowly due to stable weather conditions where low wind speeds with cooler temperature play a dominant role.

The AQI is likely to deteriorate to poor for the next two days and may cross very poor by Monday possibility of moderate fog to continue," stated SAFAR.

On Saturday, the level of major pollutants in the air has improved significantly with particulate matter 10 (PM 10) plummeted to 118 from 154, while Particulate matter 2.5 (PM 2.5) recorded at 58 as compared to 93 recorded yesterday.

In the coming few days, the pollutants level in the Delhi's air is likely to escalate but will remain in "moderate" to "satisfactory" level.

Temperatures in the various part of North India is also likely to drop in the coming days.

"The cold to severe cold wave conditions at isolated pockets are also likely to re-appear over parts of northwest India during the end of January. Above normal minimum temperatures are likely over parts of northeast India and south peninsula," the IMD said in its weekly weather forecast