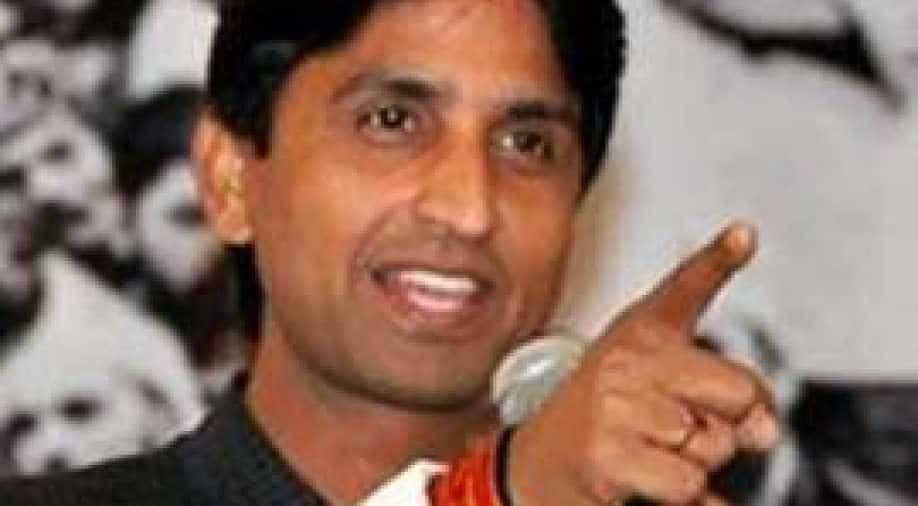 In a relief to the poet-turned politician, Jaitley's lawyer Manik Dogra said, "We have accepted it (apology)."

Justice Rajiv Sahai Endlaw noted that Vishwas, in a letter submitted in the court today, has without any reservation, unequivocally withdrawn all the allegations levelled against the BJP leader.

The court disposed of the suit in which Vishwas was the only one against whom the defamation suit remained after Arvind Kejriwal and four other AAP leaders -- Raghav Chadha, Sanjay Singh, Ashutosh and Deepak Bajpai-- had tendered unequivocal apology to Arun Jaitley in the Rs 10 crore defamation suit filed against them by the union minister.

Vishwas, through his advocate Amit Yadav, tendered sincere apology to Jaitley and his family members for causing any harm to them.

The court said, "apology has been accepted by the plaintiff and this court and decree is passed in favour of Arun Jaitley and against Kumar Vishwas in terms of letter handed over today..."

Vishwas had earlier told the court that before making any statement or apology to Jaitley, he wanted to know if Kejriwal lied when he said his allegations against the union minister were based on documents.

The dissident AAP leader had told the court that he needed more time to decide what statement he will make so that the suit can be disposed of as he was personally not interested in taking the matter forward.

Jaitley had lodged the Rs 10 crore defamation suit in December 2015 against Kejriwal and the five AAP leaders after they had alleged financial irregularities in the Delhi and District Cricket Association when the union minister was its president. The BJP leader had denied all the allegations.