Deepika Padukone @ 32: 8 films that led to her rise in Bollywood 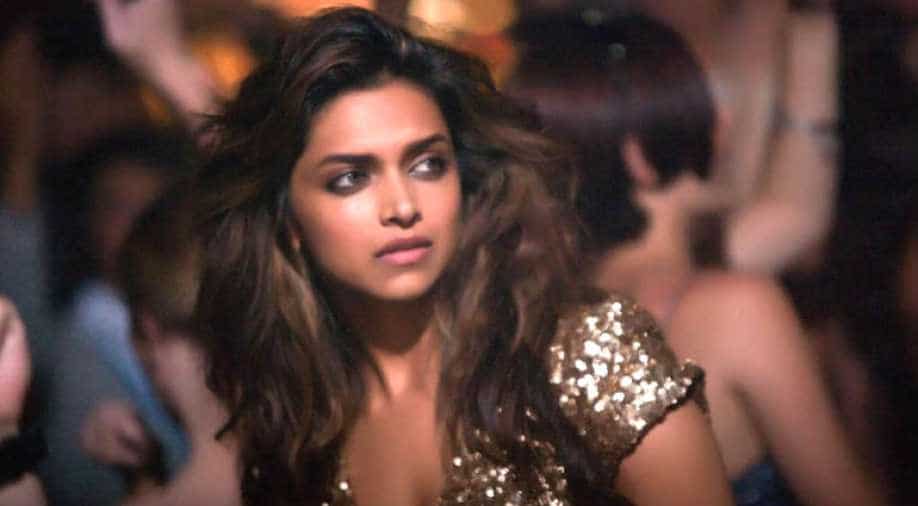 Deepika Padukone in a still from Cocktail. Photograph:( Others )

She is undoubtedly the number one star in India currently. But Deepika Padukone wears her stardom lightly. The actress who made a smashing debut opposite superstar Shah Rukh Khan in Om Shanti Om, a decade back, has steadily grown as an actress and has tried to step out of her comfort zone by taking up challenging roles. Be it a period drama, a thriller or a slice-of-life film, Deepika has, in the last 10 years, struck a fine balance juggling varied characters with much ease.

She has worked with some of the biggest names in Bollywood and has managed to hold her own in those films. On her 32nd birthday, here is a look at the 8 films that made her the superstar that she is.

Om Shanti Om: Many termed it as a dream debut but Farah Khan's film on reincarnation pitted Deepika against the biggest star of them all-Shah Rukh Khan. Yet the actress managed to pull off the role of Shantipriya with absolute ease and made critics sit up and take notice of the debutant.

Love Aaj Kal: Imtiaz Ali's film was an unconventional story of a couple and their lives post break up. With two distinct narratives and soulful music that is till date remembered, Love Aaj Kal was rather a different film. It was also one of the films that came to Deepika early in her career. Paired opposite Saif Ali Khan, Deepika played Meera Pandit a spirited woman who doesn't let a break up affect her relationship with Jai(Saif).

Cocktail: 2012 proved to be a turning point in Deepika's career. The actress suddenly broke away from run-of-the-mill roles that she was doing in the past few years and worked in Homi Adajania's flawed Cocktail. While most had a problem with the film's convoluted storyline, everyone praised Deepika for her portrayal of Veronica. One had never seen Deepika playing such character before onscreen. Veronica had a heart of gold but had deep insecurities. She was glamorous and sexy and yet wasn't sure of herself. It was a complicated character to essay but Deepika absolutely nailed the part.

Yeh Jawaani Hai Deewani:There is no denying that Ranbir Kapoor and Deepika Padukone make for a stunning pair onscreen. When the former lovers decided to unite on the big screen for Ayan Mukerji's Yeh Jawaani Hai Deewani in 2013, everyone was curious to see whether the awkwardness of the exes would reflect on the big screen as well. But the two managed to create absolute magic making the film one of the best love stories of the decade. While Ranbir played a restless noman, Deepika played the calming factor in his life. The film just a lot of people believe in fairytale romances.

Chennai Express:Shah Rukh Khan and Deepika Padukone reunited once again for Rohit Shetty's Chennai Express - a film that had Deepika playing a Tamilian. Armed with a heavy accent, Deepika matched SRK's acting in every frame. The film was a blockbuster hit and Deepika made her character Meenalochani Azhagusundaram on of the most endearing characters of 2013.

Goliyon Ki Raasleela Ram-Leela: The first film that Deepika Padukone and Ranveer Singh did with Sanjay Leela Bhansali was an Indian version of Romeo and Juliet. The crackling chemistry of the lead pair was hard to miss and in fact, it was because of these two that Ram Leela became such a hit. It was on the sets of this film that Deepika and Ranveer reportedly started dating. The film fetched her the Best Actress Filmfare award in 2013.

Piku:Piku was refreshingly different. Till Piku, Deepika was only known for glamorous, larger than life characters. But Piku presented Deepika as a regular, ordinary girl. A slice-of-life film, the film had Deepika Padukone sharing screen space with two stalwarts- Amitabh Bachchan and Irrfan Khan but it was Deepika who stole the limelight with her portrayal of the ambitious, stubborn and caring Piku.

Bajirao Mastani: Set in the early 18th century, the film was a tragic story of an extramarital affair. It was also a difficult role to portray physically for Deepika, who had to learn sword fighting, horse riding to play Princess Mastani. Directed by Sanjay Leela Bhansali, the film also co-starred Ranveer Singh and Priyanka Chopra and together the three actors owned the screen with their powerful performances.