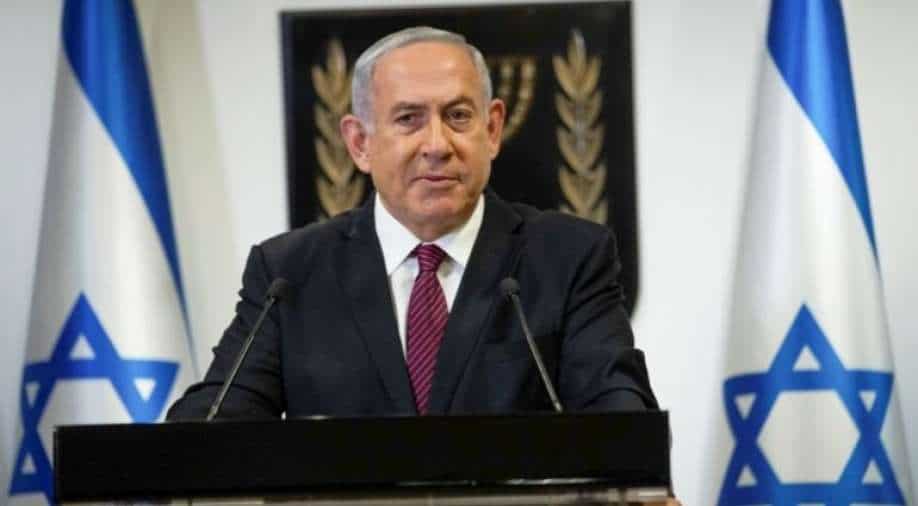 Israel had helped India in the 1971 war against Pakistan for the liberation of Bangladesh. It took another two decades for India to recognise Israel, and since then the relationship has blossomed at all levels.

As the oldest conflict in West Asia rages again, over the last few days social media enthusiasts in India have enthusiastically thrown themselves on either side of the conflict.

But if we put the trends and counter-trends aside - what is India's official stance?

Historically, India has supported the Palestinian cause but today, India views the conflict as an internal matter of Israel and Palestine.

This stance reflects in India's latest statement at the UNSC. New Delhi has called upon both sides to de-escalate and resume direct dialogue. It has expressed "strong support" for the just Palestinian cause and opposed Hamas rocket fire against Israel while underlining an "unwavering commitment" to the two-state solution.

Interestingly, Israeli PM Benjamin Netanyahu has not included India in the list of 25 countries that he has thanked for standing by Israel's side in its hour of crisis.

"They say when the Janta Party forms a government, it won't support Arabs but Israel. We have made our stance clear, to remove any doubts, I want to say this that we will view every angle based on facts but the situation is absolutely clear that Israel will have to vacate the land of Arabs which it has captured," Atal Bihari Vajpayee, India's former prime minister had said.

In 1975, the PLO was even allowed to open an office in New Delhi and five years later in 1980, this office was given full diplomatic status.

In 1948, India voted against the creation of Israel until 1992, India did not establish diplomatic ties with Israel but behind the scenes, the two sides were collaborating.

Israel had helped India in the 1971 war against Pakistan for the liberation of Bangladesh. It took another two decades for India to recognise Israel and since then the relationship has blossomed at all levels.

Israel helped India with defence technology during the Kargil war and by 2013, India had become Israel's third-largest trading partner in Asia. The proximity between India and Israel did not come at the cost of India's relationship with Palestine.

In 2003, India voted for a UN resolution against the construction of the West Bank wall by Israel. In 2011, it voted in favour of accepting Palestine as a full member of UNESCO and in 2014, India supported a UNHRC resolution to probe Israel's offensive in Gaza.

However with time, the balancing act has become tougher but pragmatism and non-alignment have continued to drive India's approach as it dealt with Israel and Palestine independently.

It was underpinned by PM Narendra Modi's visit to Israel in 2017.

"It's my singular honour to be the first-ever prime minister of India to undertake this groundbreaking visit to Israel," PM Modi had said.

"India hopes for peace and stability in this region," the Indian prime minister said.

In February 2019, India used Israeli made Spice-2000 bombs to strike Pakistani terror launchpads in Balakot. In December 2019, India voted against America's decision to recognise Jerusalem as the capital of Israel.

For India, the capital is the city of Tel Aviv, not Jerusalem which remains contested.

The trend is clear - India's decisions are based on a mature understanding and evaluation of the Israel-Palestine issues and New Delhi is following the same approach now as Israel and Palestine exchange rocket fire.

India has refused to pick a side and called for de-escalation and dialogue.