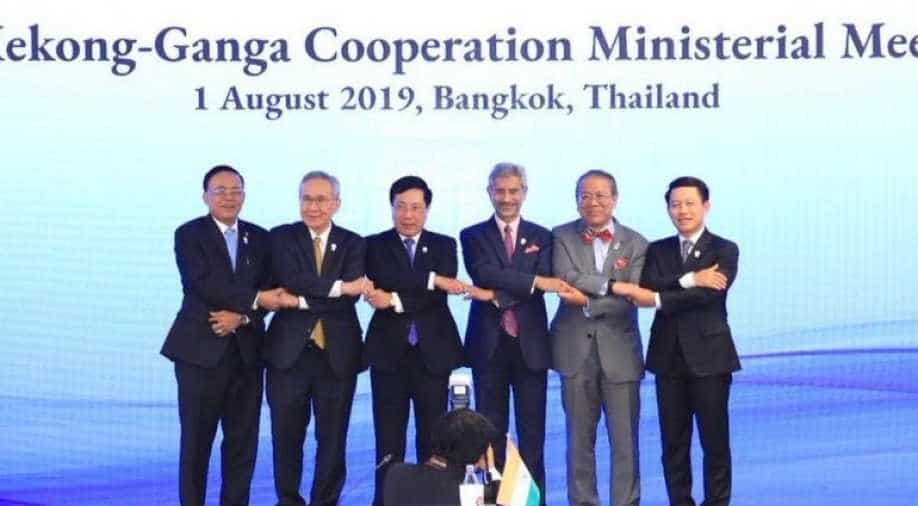 Day one of External Affairs Minister S Jaishankar's Thailand visit saw a focus on Act East policy, Indo Pacific concept and meeting 10 of his counterparts. EAM is who is on 2-day visit to Bangkok speaking at the ASEAN-India Ministerial Meeting called the grouping a " critical element of India's act east policy and strategy" and that "acting east is also implementing our Indo Pacific outlook and its the logical extrapolation."

The ASEAN-India Ministerial Meeting which was co-chaired by EAM and Thai Foreign Minister Don Pramudwinai also reviewed progress on implementation of decisions between ASEAN and India during the 25th Anniversary ASEAN-India Commemorative Summit held in New Delhi on 25 January 2018.

The Indo-pacific concept is expected to dominate conversations in Bangkok as Delhi and Washington are both keen on it and ASEAN has also issued its outlook on it.

"I was heartened to see ASEAN recently released its outlook on the Indo-Pacific, which also supports sovereignty, transparency, good governance, a rules-based order, among many other things" US secretary of state Mike Pompeo said during his opening remarks at U.S.-ASEAN Ministerial in Thailand on Thursday.

Prime Minister Modi had spoken about India's vision Indo-pacific concept last year at Shangri La Dialogue in Singapore and this year in Maldivian parliament and said New Delhi is vision is an inclusive one.

EAM goes to China later this month for a preparatory visit for the 2nd India China informal summit that will happen by the end of this year.