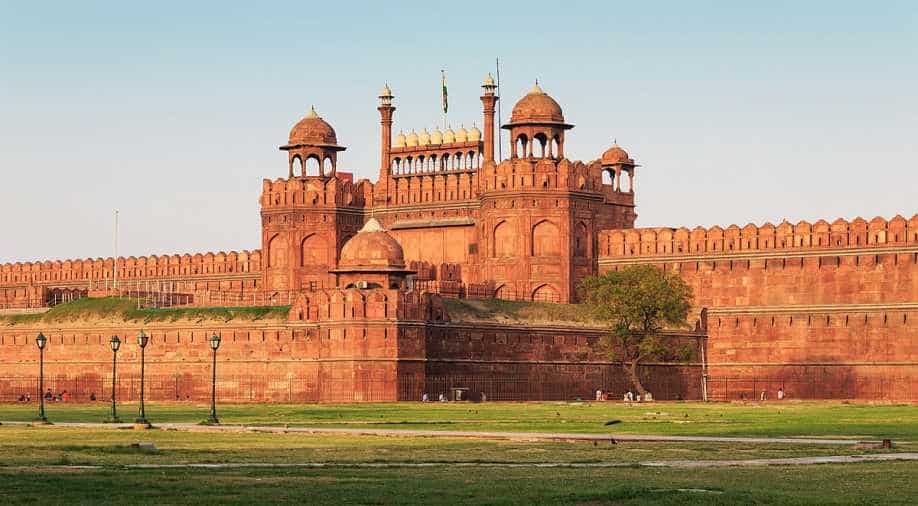 Dalmia Bharat Group has had adopted the Red Fort in New Delhi and  Gandikota Fort in Kadapa district of Andhra Pradesh under the ‘Adopt a Heritage’ project of the central government, as per reports on Saturday.

"Dalmia Bharat Limited, Ministry of Tourism and Archaeological Survey of India sign MoU to take up the Red Fort, Delhi and Gandikota Fort, Kadapa. @KJAlphons @tourismgoi @DalmiaBharat Becomes the first corporate to sign a MOU under the Government’s “Adopt a Heritage” project," the company tweeted.

Dalmia Bharat Limited, Ministry of Tourism and Archaeological Survey of India sign MoU to take up the Red Fort, Delhi and Gandikota Fort, Kadapa. @KJAlphons @tourismgoi @DalmiaBharat Becomes the first corporate to sign a MOU under the Government’s “Adopt a Heritage” project. pic.twitter.com/WfsHBaWjGH

Under the famous Central scheme 'Adopt a Heritage', the Dalmia Group has become the first-ever corporate company to bag the contract to adopt a historical monument for a whopping Rs 25 crore. The contract spans for five years and was launched by President Ram Nath Kovind on World Tourism Day. The scheme, under the Tourism Ministry, was started last year where the government and private parties are invited to operate and maintain heritage sites.

Under the project, Dalmia Bharat group will construct, landscape, illuminate and maintain activities related to provision and development of tourist amenities.

This includes basic and advanced amenities such as public conveniences, clean drinking water, cleanliness of the monument, accessibility for all, signage, cloakroom facilities, illumination and night viewing, surveillance system, tourist facilitation-cum-interpretation centre. There will be ramps and toilet facilities for the differently-abled.

Historian Irfan Habib also opposed the move to allow corporates to maintain the Red Fort. He said that he can wipe out India's rich legacy. Habib said that the only focus of the corporates will be to increase tourist inflow and income. "Corporates are not restoration experts," he said.

The company has plans to complete night illumination before handing it over temporarily to the government for the Prime Minister’s Independence Day address.

Founded in 1935 by Jaidayal Dalmia, the Dalmia Bharat Group had established four cement plants in pre-Independence years, two of which were affected by the Partition and Independence. The group is headquartered in Delhi with operations spread across various sectors such as cement, sugar, travel, minerals, refractory products and electronics.

According to reports, the heritage monuments taken up for adoption include Delhi’s Qutub Minar, Jantar Mantar, Purana Qila, Safdarjung’s Tomb and Agrasen ki Baoli, Odisha’s Sun Temple, Ratnagiri monuments and the Rajarani temple, the ruins of Hampi in Karnataka, the Leh Palace and Stok Kangri in Jammu & Kashmir, Ajanta and Ellora caves in Maharashtra, Mattancherry Place in Kochi, Gangotri Temple and the Gomukh trail in Uttarakhand. The government had last year given the letter of intent to seven private companies to adopt the sites.