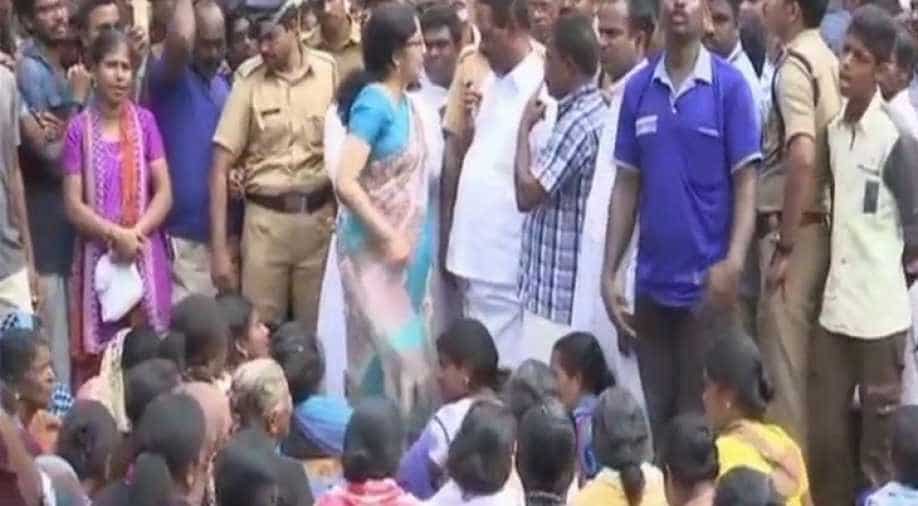 The cyclone has left 14 dead and several fishermen missing in the sea.? Photograph:( ANI )

Some locals blocked the National Highway in Trivandrum's Thumba seeking relief measures even as cyclone Ockhi barrelled into the Lakshwadeep islands on Saturday.

The highway was blocked for almost five hours as locals demanded better relief measures and rescue of six fishermen missing from the area.

Earlier, three rescued fishermen had been brought to the Trivandrum Air Force Station and were admitted to hospital for treatment.

The cyclone has left 14 dead. Several fishermen missing, who ventured into the sea before the cyclone struck, are still missing.

Authorities including the National Disaster Management Authority (NDMA), Coast Guard and Navy have rescued about 223 fishermen and evacuated thousands of people from cyclone-hit areas, officials said, as they continued their operations on Saturday.