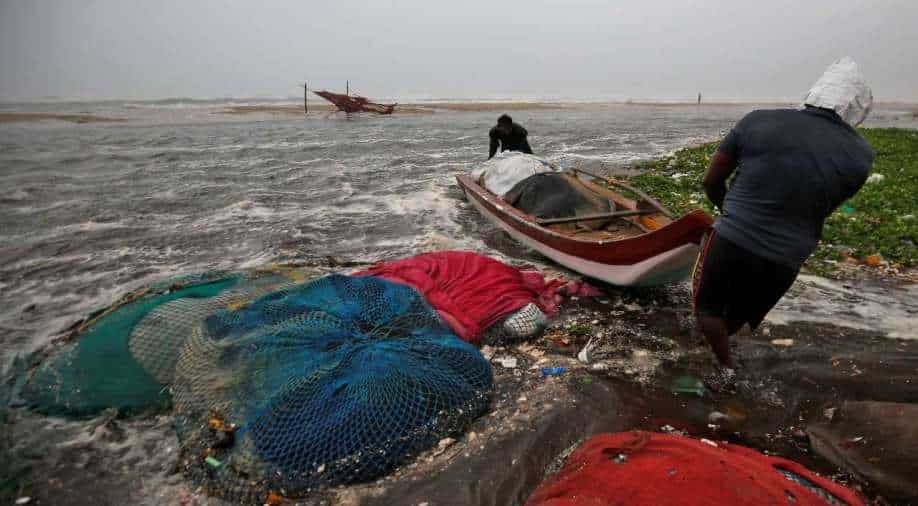 According to the India Meteorological Department (IMD), cyclone Nivar made landfall near the city of Puducherry in the southern state of Tamil Nadu with winds of up to 130 km per hour (81 miles per hour).

A very severe cyclonic storm slammed into India's southern coast -- near Puducherry in the early hours of Thursday, uprooting trees and power lines.

According to the India Meteorological Department (IMD), cyclone Nivar made landfall near the city of Puducherry in the southern state of Tamil Nadu with winds of up to 130 km per hour (81 miles per hour).

Cyclone Nivar weakened into a severe cyclonic storm after it crossed coast near Puducherry, the IMD said.

There were, however, no immediate reports of loss of life or extensive damage to property.

The department said Nivar's intensity had dropped to 85 to 95 kph (53 to 59 mph) and is expected to weaken further.

Heavy rains triggered by the storm caused flooding in some streets of the city of Chennai.

Chennai's city corporation said on Twitter it was working to clear the roads.

Tens of thousands of people were evacuated from low-lying areas of Tamil Nadu ahead of the storm's landfall.

Power supply, which was disconnected in most coastal regions was in the process of restoration and water logging being drained out, authorities said.

Earlier, the IMD had said Nivar would cross coast near Puducherry with a wind speed of 120-130 kmph, gusting up to 145 kmph. The landfall of Nivar began late on Wednesday night.

"Very severe cyclonic Storm NIVAR: weakens into a Severe Cyclonic storm," it said in another tweet.

According to estimates, over 1,000 trees were uprooted in Tamil Nadu and Puducherry.
The approach roads to the Marina beach, off the arterial Kamaraj Salai, were flooded and sheets of water reached close to the main road where the city's fishermen had securely tied up their boats.

As rains lashed Mamallapuram near here, troops of monkeys sought refuge under the decorative, cave-like arches, dotted with images of deities carved in stone at the ancient Sri Sthalasayana Perumal temple.