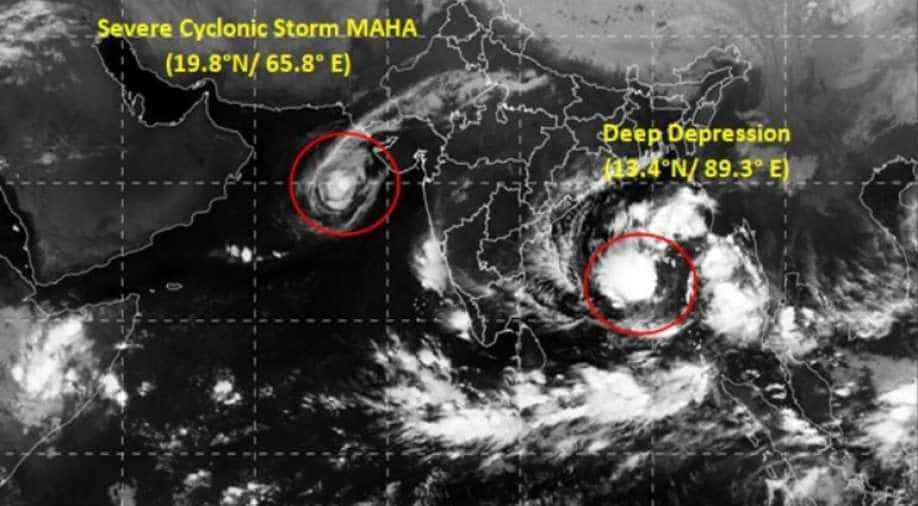 Two deaths -- one in Odisha and the other in West Bengal -- have been reported so far.

About a hundred thousand people have been evacuated from the low-lying coastal areas of Bangladesh even as cyclone Bulbul made landfall between West Bengal and southern Bangladesh last night.

Two deaths -- one in Odisha and the other in West Bengal -- have been reported so far.

The severe cyclonic storm made landfall with a maximum sustained speed of 110 to 120 kilometre per hour and it is now on course to make landfall near the Sunderbans.

According to the Indian Meteorological Department (IMD), cyclone Bulbul is set to weaken gradually as it moves into Bangladesh.

Two ports have been put on highest alert while authorities have also cancelled a nationwide school test.

Heavy rains lashed the coasts of West Bengal and Odisha yesterday. In Kolkata, one man was killed when a tree fell on him.

In Odisha, one person died due to wall collapse.

Earlier in the day, West Bengal Chief Minister Mamata Banerjee said that the administration was prepared to tackle the situation.

Over 50000 people were evacuated from the coastal areas of West Bengal while around 4000 were moved to safer places in the neighbouring state of Odisha.

Flight operations had been suspended in Kolkata since 6:00pm last evening to 6:00am today morning.  There is no report on the resumption of flight services so far.

Fishermen were asked not to venture into the rough seas.

Ten diving and medical teams were also kept ready by the navy for rescue and relief efforts in Odisha and West Bengal.