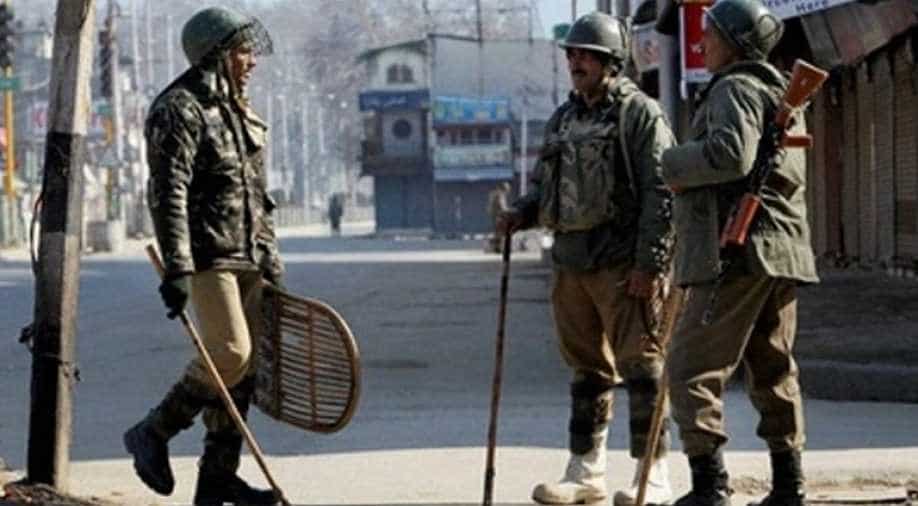 Curfew continued in parts of Shillong for the second day on Saturday as the Army conducted flag marches in disturbed areas and rescued several people following night-long violence and arson during which a mob torched a shop, a house and damaged at least five vehicles in Shillong, besides injuring a senior police officer, officials said.

The Army was requisitioned by the state government to conduct flag march in the affected areas. Army troops conducted the flag march and rescued about 500 people, including 200 women and children, Defence spokesperson Ratnakar Singh said.

He added that the rescued civilians were given food and water and have been sheltered at the Army cantonment in Shillong.

Superintendent of Police (City) Stephan Rynjah sustained injuries last night after he was hit by a rod. He has been admitted to the Shillong Civil Hospital, a senior police officer said.

At least 10 persons, including policemen, have been injured in the violence, which has triggered demands that the government take action against alleged illegal settlers in the area.

State police personnel were attacked by stone pelters in the Motphran area of the city.

Teargas shells were used to disperse rioters but people in other parts of the city mistook them for police firing, the officer said.

The clashes had begun after a bus handyman was allegedly assaulted by a group of residents of Them Metor area on Thursday afternoon.

Trouble escalated when rumours spread on social media that the handyman had succumbed to injuries, prompting a group of bus drivers to converge at Them Metor. The police had to fire teargas shells to disperse them, officials said.

The handyman and three injured persons were taken to a hospital where they were released after being administered first aid.

The East Khasi Hills district authorities had imposed night curfew in the entire city from 10 pm till 5 am to maintain peace and prevent arson, they said.

Four persons, accused of being involved in the assault of three local boys, have been arrested, they said. As many as 11 persons have been picked up in connection with the case so far.

Meanwhile, suspension of Internet services has been extended by 24 hours till tomorrow afternoon to prevent rumour-mongering.

The Home Department will review the overall situation later.

The curfew, which was imposed since 4 am yesterday in at least 14 localities under Lumdiengjri police station and Cantonment Beat House, continues, District deputy commissioner P S Dkhar said.

He said that there was no curfew in Police Bazaar and Iew Duh (Bara Bazaar) areas even as shops, schools and banks in these areas remained closed.

Chief Minister Conrad K Sangma, who chaired a high-level meeting yesterday, had appealed for calm and urged the people to help bring back normalcy in Shillong.

Meanwhile, several groups including the Khasi Students Union (KSU), the Federation of Khasi Jaintia and Garo People (FKJGP) and the Hynniewtrep Youth Council demanded that those involved in the assault of local boys be punished and the illegal settlers at Them Metor evicted.

"We demand that the government arrest those involved in the assault of the sons and nephew of the bus driver. The government should also compensate the three victims," KSU president Lambok Marngar said

The KSU leader also said that the government should evict illegal settlers at Them Metor which is adjacent to IewDuh.

"Them Metor has become a den for anti-nationals and it is sad that several governments in the past have not taken initiatives to evict them and provide them space somewhere else," said FKJGP president Wellbirth Rani.