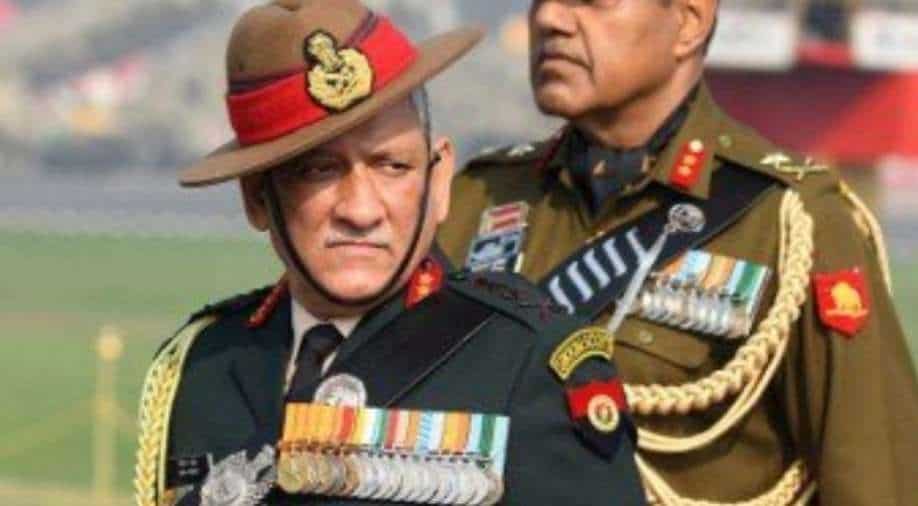 This is a file photo of Chief of Defence Staff General Bipin Rawat. Photograph:( AFP )

An IAF helicopter Mi-17V5 met with an accident near the town of Coonoor in Tamil Nadu - a southern state in India. IAF had earlier announced that an inquiry has been ordered to ascertain the cause of the tragedy.

CDS Gen Bipin Rawat and his wife Madhulika Rawat were killed in a horrifying helicopter crash along with 12 others. Group Captain Varun Singh is the sole survivor and he is battling for life at the military hospital in Wellington.

The news agency ANI further informed that the mortal remains of General Bipin Rawat and his wife are expected to arrive in the National Capital in a military plane by tomorrow evening.

It has been understood that the bodies would be brought to his house first, where people would be allowed to pay last respect from 11 am to 2 pm. After that, the funeral procession will start from Kamraj Marg to Brar Square crematorium in Delhi Cantonment.

Meanwhile, the government of the northern state of Uttarakhand declared a three-day State mourning after the demise of Gen Bipin Rawat, his wife and other Armed Forces personnel.

Born in the Pauri district in Uttarakhand, Gen Rawat, India's first CDS was travelling from Sulur in Coimbatore to the Defence Services Staff College in Wellington, when the accident took place.

Air Chief Marshal VR Chaudhari & all personnel of IAF express their deepest condolences on the untimely passing away of India's first Chief of Defence Staff Gen Bipin Rawat & Mrs Madhulika Rawat, along with 11 other Service personnel in an unfortunate helicopter crash today.

With deep regret, it has now been ascertained that Gen Bipin Rawat, Mrs Madhulika Rawat and 11 other persons on board have died in the unfortunate accident.