COVID 19: On Saudi Arabia's advice, Haj arrangements are on hold 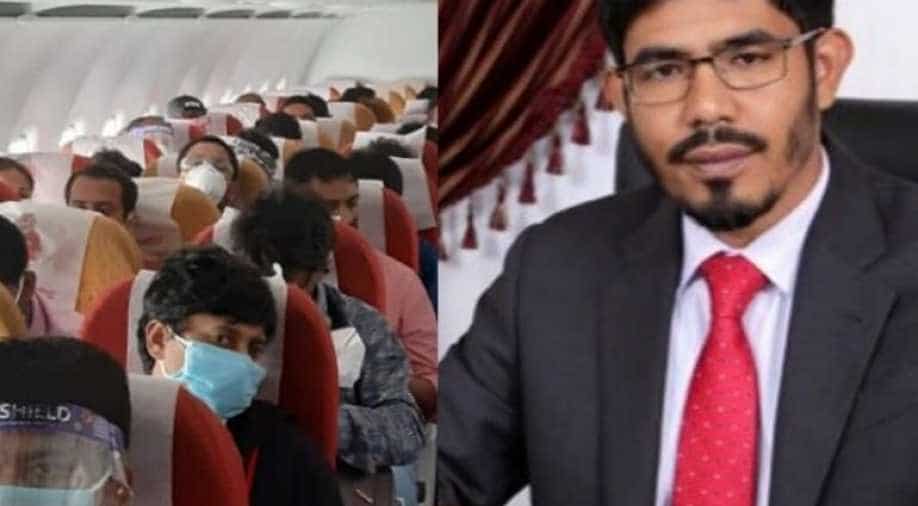 From 23nd to 27th of May, during the Eid days, it will be a complete lockdown at the kingdom. The city of Mecca remains completely sealed and no one can enter or exit the city.

More than 28,000 Indians have registered for repatriation in western Saudi Arabia while in that part of the country 43 Indians have been confirmed dead due to COVID.

Speaking exclusively to Principal Diplomatic Correspondent Sidhant Sibal, India's Consul General in Jeddah, Noor Rahman Sheikh said the consulate had was able to repatriate 3035 Umrah pilgrims before India announced its pan India lockdown. Meanwhile, Saudi government has advised Indian consulate in Jeddah to put on hold Haj Arrangements which is due to begin on 22nd June.

WION: How is the Indian consulate reaching to stranded Indians in the Jeddah?

Noor Rahman Sheikh: Since 12 March, the consulate has activated 24/7 help desk pertaining to COVID. All our nationals requiring assistance is promptly provided possible assistance. From 12th to 19h March 2020, the consulate facilitated the repatriation of 3035 Umrah pilgrims as Saudi govt had announced the suspension of flights, both domestic and international. All our nationals who want to get repatriated to India registered at our embassy in Riyadh. Database of Indians residing in the western region of Saudi Arabia is then transferred and made available with consulate general of India in Jeddah. We also have a large number of Indian community members who work as volunteers through whom we provide all possible assistance to our nationals.

WION: Are any Indians infected? And have any of the Indian nationals lost their lives?
Noor Rahman Sheikh: We understand more than 3000 Indians are impacted by COVID throughout the kingdom, though we don't have region-wise figures. So far from the western region of Saudi Arabia, 43 Indians have died due to COVID.

WION: If you can give details on the repatriation flights..how many registered?
Noor Rahman Sheikh: Three flights have operated under the Vande Bharat mission from Jeddah. In the first phase, 2 flights went to Kozhikode on 13th May, another to Kochi on 14th May. Last week, as part of phase 2 of the mission, there was a flight to Vijayawada and to Hyderabad that carried 145 passengers.  More flights are anticipated in phase 3 of Vande Bharat mission. So far, more than 28000 Indians residing in the western region of Saudi Arabia have registered for repatriation to India. Of course on compelling reasons like medical emergencies, pregnant ladies, expiry of visit visa, Umrah pilgrims have been given priority in flights.

WION: How has the ground situation in Jeddah changed, how have Indian diplomats faring? Has it been difficult?
Noor Rahman Sheikh: From the beginning of March this year Saudi Arabia has been taking various measures to contain the spread of the pandemic including suspension of both domestic, international flights of Umrah, prayers at all Mosques, imposing curfews, lockdowns etc. From 23nd to 27th of May, during the Eid days, it will be a complete lockdown at the kingdom. The city of Mecca remains completely sealed and no one can enter or exit the city. So all this has certainly changed the way we used to work earlier. Since the consulate handles Haj operations, based on Saudi Govt's advise have put on hold arrangements of Haj due to pandemic. Haj operations were supposed to start on 22nd June and conclude on 3rd September this year. It has been a unique experience for all of us at the consulate. Last year, 2 lakh Indian nationals had performed Haj. We are hoping situation will improve.