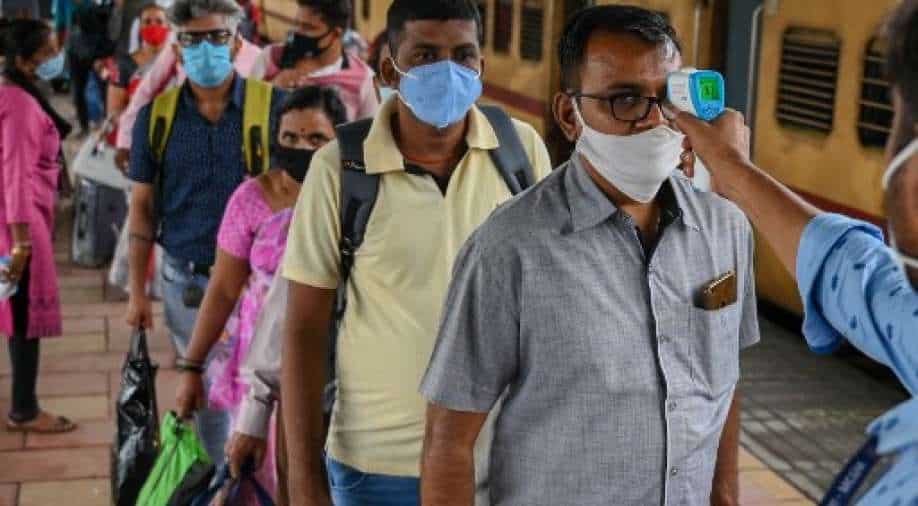 Passengers queue up to get their temperature checked for coronavirus symptoms after arriving at a railway platform in Mumbai  Photograph:( AFP )

One case of the Kappa variant has also been detected, the Brihanmumbai Municipal Corporation (BMC) has said.

India on Wednesday reported its very first case of the new XE variant of coronavirus from Mumbai. The variant, which is thought to be more transmissible than Omicron, was discovered in the United Kingdom for the first time.

Patients infected with the new viral variations haven't shown any significant symptoms yet.

One of the 230 patients whose samples were analysed died, according to the findings supplied by the BMC.

She died of a gastrointestinal condition, it was later revealed.

Explainer: WHO warns about new Omicron hybrid XE: Is it more transmissible?

According to the officials, none of the 21 patients required oxygen.

"The results of the 11th test under the Covid virus genetic formula determination - 228 or 99.13% (230 samples) of patients detected with Omicron," the Greater Mumbai Municipal Corporation said.

What we know about the Omicron XE version so far

Researchers believe the XE variant, which is a mutation of Omicron variant strains, is 10% more transmissible than Omicron mutations.

The XE variant has also been found in the United Kingdom, Thailand, and New Zealand, and the World Health Organization (WHO) has stated that additional data is needed to investigate the variant's properties.

According to early predictions, the community will grow at a 10% faster rate than BA.2.

This conclusion, however, has to be confirmed.

"XE belongs to the Omicron variant until significant differences in transmission and disease characteristics, including severity, may be reported," the WHO said.