Coronavirus cases in India jump to 271; Maharashtra has most cases 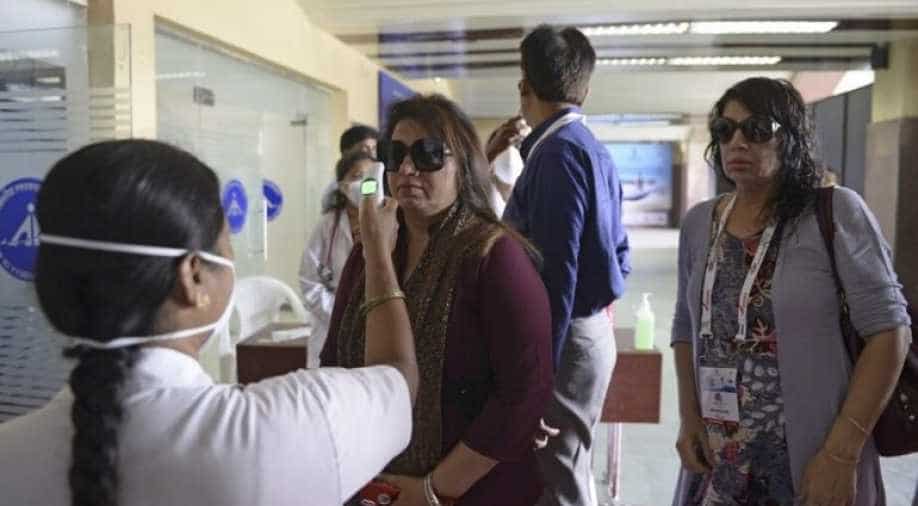 A member of medical staff wearing a facemask amid concerns of the spread of the COVID-19 coronavirus checks the temperature of the visitors and exhibitors at the entrance of the Wings India 2020 International Exhibition and Conference on civil aviation sector at Begumpet airport in Hyderabad, on March 13, 2020. Photograph:( AFP )

Four persons have died of the disease in India so far.

A total of 271 individuals have been confirmed positive among suspected cases and contacts of known positive cases, said Indian Council of Medical Research (ICMR) on Sunday.

Four persons have died of the disease in India so far. Maharashtra remains the worst-hit with 52 positive cases, followed by Kerala which has 40 cases of COVID-19 including 3 students from Wuhan who recovered last month.

26 confirmed cases -- including 3 patients who have now recovered -- in Delhi-NCR region.

8 passengers who had travelled on AP Sampark Kranti Express from Delhi to Ramagundam on 13th March have tested positive of COVID-19 yesterday.

Haryana has 17 and Rajasthan have reported 17 cases apiece, including 3 recovered patients in the latter. The most populous state of Uttar Pradesh has so far reported 24 cases out of which 9 have recovered.

Maharashtra remains the worst-hit state. Among the 52 reported cases is one fatality -- a 64-year-old man who had returned from Dubai.

Among the union territories, Jammu and Kashmir has four confirmed cases while Ladakh has 13.