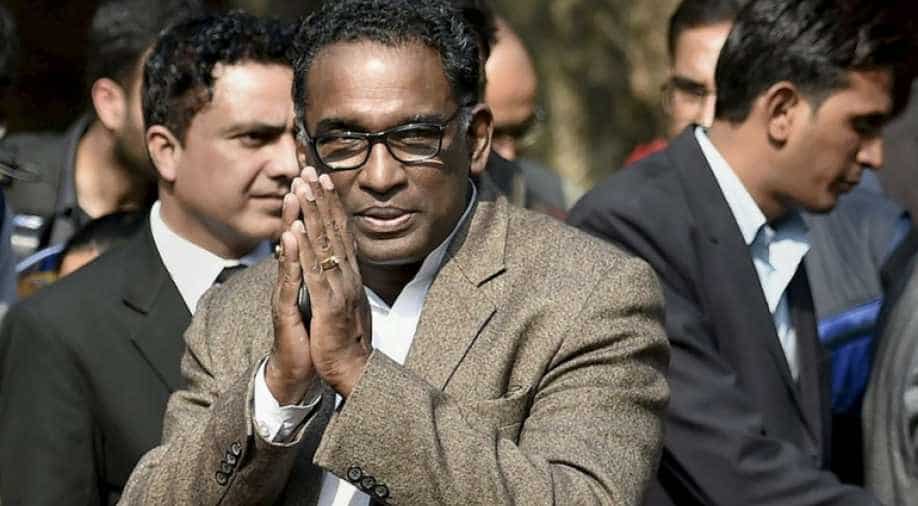 Justice J Chelameswar, the senior-most judge of the Supreme Court, has written a letter to the Chief Justice of India asking him to convene a meeting of the collegium to urgently forward the name of Uttarakhand Chief Justice KM Joseph as a judge of the apex court to the Centre.

The government had on April 26 returned the collegium's recommendation to elevate Justice Joseph seeking its reconsideration, saying the proposal was not in accordance with the top court's parameters and there was adequate representation of Kerala in the higher judiciary from where he hails. It had also questioned Justice Joseph's seniority for elevation as a judge of the apex court.

An apex court official said, in his letter sent to the CJI on Wednesday evening, Justice Chelameswar has conveyed that he was reiterating his decision for the elevation of Justice Joseph as the judge of the top court since there was no change in the circumstance that had led the collegium to recommend his name to the government on January 10.
It is also learnt that, Justice Chelameswar, who retires on June 22, has responded to all the points raised in the communication to the CJI by law minister Ravi Shankar Prasad expressing reservations on the elevation of Justice Joseph.

Justice Kurian Joseph, during his visit to Kerala last week, had also reportedly made it clear that he was in favour of reiterating the recommendation of the collegium on the issue of Uttarakhand Chief Justice Joseph.

Though no official word was there on when the collegium would meet, the official said it is for the CJI to fix the date as there is no other agenda but to discuss the issue of returning the recommendation relating to Justice Joseph to the Centre.

Earlier also, notwithstanding the letters written by the collegium members to the CJI which had come into the public domain, the Centre had disregarded the recommendation about Justice Joseph.