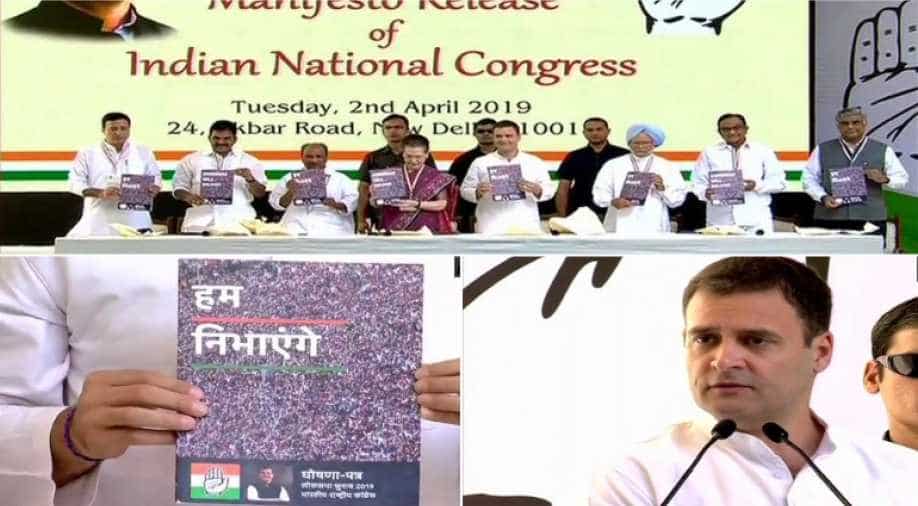 ''Not a single lie has been incorporated in the manifesto,'' Congress president Rahul Gandhi said.

There are five main themes in Congress manifesto, first among them is minimum income scheme NYAY under which Rs 72,000 will be given to poorest, he said.

''Not a single lie has been incorporated in the manifesto,'' Gandhi said.

''Whatever is going to be in this manifesto has to be truthful, I do not want a single thing in this manifesto that is a lie because we have been hearing a large number of lies spoken every day by our PM,'' Rahul Gandhi said.

Congress president also said that there will be a separate budget for farmers and 150 days guaranteed employment under MNREGA.

''PM had spoken about MGNREGA. He mocked and said it is a bogus and useless scheme. Today everyone knows how much it helped the country. So now we want to guarantee jobs for 150 days, instead of 100 days, under the scheme.'' Rahul said.

Congress will allocate six per cent of GDP to education and strengthen government hospitals and give high-quality healthcare access to the poor, he added.

On his decision to contest from Wayanad in Kerala, Rahul said, ''South India feels hostility from Narendra Modi; I wanted to send a message, I am standing with you."