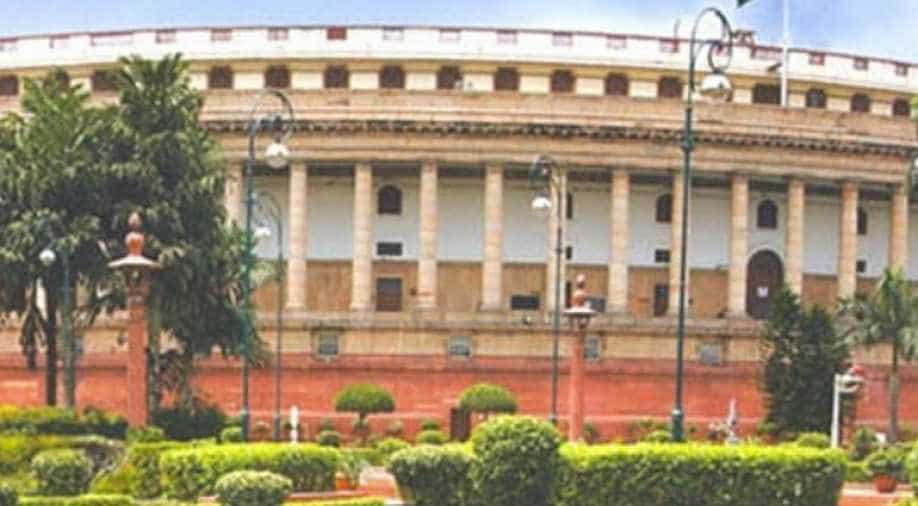 Electoral bonds may be purchased by a person, who is a citizen of India or incorporated or established in India

The Congress will vehemently raise the issue of electoral bonds in Lok Sabha today for which party is even likely to stage a walk-out if they were not allowed to have a detailed discussion on it, told top-notch sources from the party.

Sources from Congress Parliamentary Strategy meeting told that the party has reached out to the Opposition parties for devising a floor strategy to corner the Narendra Modi-led government over the same.

"We will not let the issue of electoral bonds die down. We will make the government answerable. Reaching out to opposition parties to build a floor strategy against the government, we want a detailed discussion on it," said the source.

"If the government doesn't allow discussion on the issue of electoral bonds, Congress to stage a walkout. Congress will also hold a protest at the Gandhi statue," it said.

The issue will be raised by Congress MP Manish Tewari in the Standing Committee on Finance set to meet at 3 pm today.
Congress party has given adjournment motion notice in Lok Sabha on Thursday over "lack of transparency in the entire scheme of electoral bonds".

The adjournment motion is an extraordinary procedure which, if admitted, leads to setting aside the normal business of the House for discussing a definite matter of urgent public importance.

Yesterday, Congress leader Ghulam Nabi Azad hit out at the BJP government at the Centre over the electoral bond scheme.
Speaking at a press conference, Azad had said, "To issue electoral bond scheme was a conspiracy. It was based on the premise that the donor who gives money need not disclose his identity. The political party is also not liable to disclose the identity of the donor."

"This was opposed by the Reserve Bank of India (RBI) which has stated that this scheme will lead to the encouragement of money laundering," Azad had said.

"In this scheme, it is not disclosed who gives fund to a political party. The money could be donated from a fraudster or even a terrorist," the Congress leader said while criticising the electoral bond scheme.

Electoral bonds may be purchased by a person, who is a citizen of India or incorporated or established in India. A person being an individual can buy electoral bonds, either singly or jointly with other individuals.

Only the political parties registered under Section 29A of the Representation of the People Act, 1951 (43 of 1951) and which secured not less than one per cent of the votes polled in the last general election to the House of the People or the Legislative Assembly of the state shall be eligible to receive the electoral bonds.

The bonds shall be encashed by an eligible political party only through a bank account with the authorised bank.