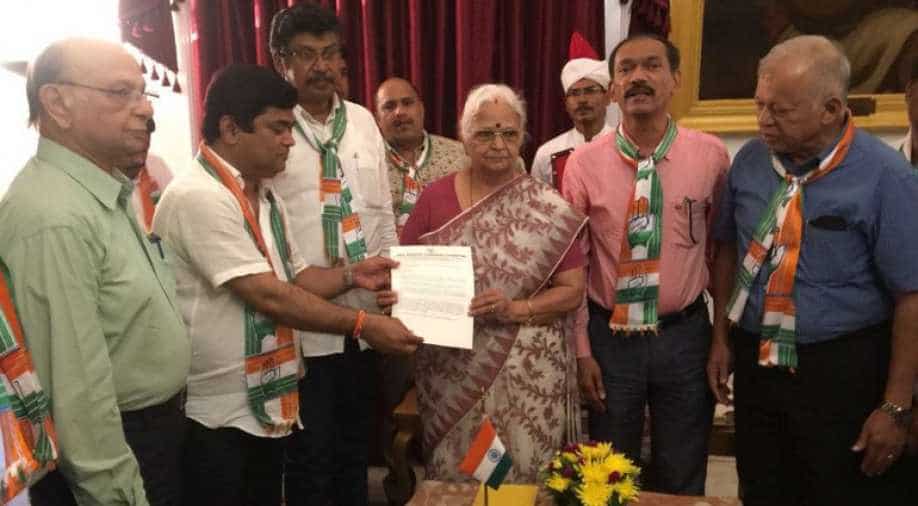 Targetting the Bhartiya Janata Party over forming a government in Karnataka after winning the highest number of seats in the state, the Congress has now decided to stake a claim in Goa.

13 Congress MLAs of the Congress party met with the Goa governor Mridula Sinha at Raj Bhavan today demanding an invitation from the governor for forming a government in the state.

The MLAs handed over a memorandum to the governor saying Congress is the largest party in the state.

Congress spokesperson had also said that they were ready to prove their majority in the state.

In February 2017 assembly poll, Congress had emerged as the single-largest party but had failed to form the government after the BJP, with 13 MLAs, swiftly bagged support of Goa Forward Party (GFP), Maharastrawadi Gomantak Party (MGP) and two Independents, to reach the magic figure of 21 in the 40-member house.

Following this, Manohar Parrikar, who was then serving as the defence minister was rushed back to Goa to return as the Chief Minister.

Goa Congress said that the state is without a leader for two months and added that state administration is in chaos.