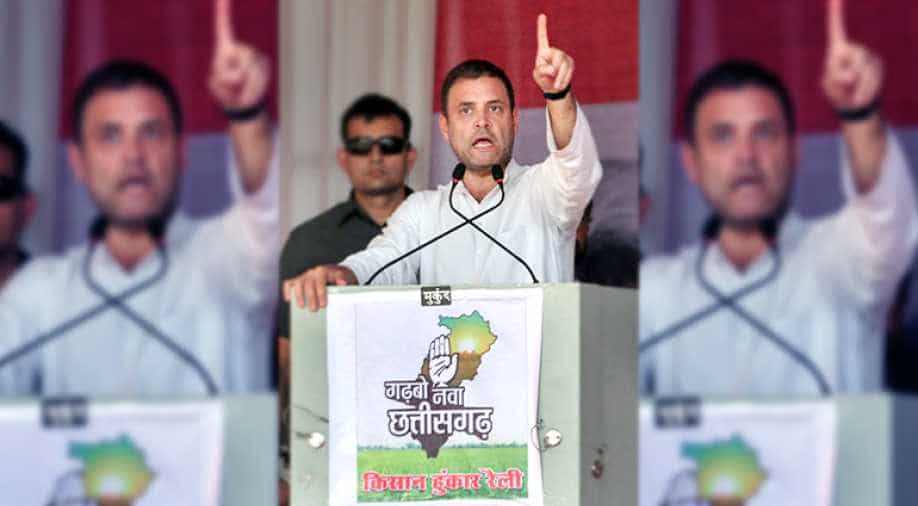 Renu Jogi, the MLA from Kota and the wife of former chief minister Ajit Jogi, has been denied a ticket this time.

The Congress on Thursday released its fifth and final list of 19 candidates for this month's Chhattisgarh Assembly election.

The party has thus announced candidates for all the 90 seats in the state.

Chhattisgarh will go to the polls in two phases - on November 12 and November 20 - and the results will be announced on December 11.

The opposition party had earlier nominated Pratima Chandrakar from the Durg Rural seat, but now she has been replaced by Tamradhwaj Sahu, the Congress MP from Durg.

Renu Jogi, the MLA from Kota and the wife of former chief minister Ajit Jogi, has been denied a ticket this time. Former police officer Vibhor Singh will be the Congress candidate from Kota.

The party has fielded new faces to take on four prominent state ministers of the ruling Bharatiya Janata Party (BJP).

Shailesh Pandey of the Congress will face minister Amar Agrawal in Bilaspur. Kanhaiya Agrawal will take on minister Brijmohan Agrawal in the Raipur City South constituency.

Laxmikanta Sahu, a woman Congress leader, has been fielded against minister Ajay Chandrakar in Kurud, while Gurdayal Singh Banjare will take on minister Dayaldas Baghel in Nawagarh.

Anita Sharma, wife of Congress leader Yogendra Sharma, who was killed in a Naxal attack in the Jhiram Valley in May 2013, has been fielded again from Dharsiwa. She had lost to the BJP's Devji Bhai Patel in the 2013 Assembly polls.

Congress MLA from Dhamtari, Gurmukh Singh Hora, has been renominated from the same seat.

The Congress is seeking to oust the BJP, which has been ruling the state since 2003.

In the 2013 polls, the BJP had won 49 seats, the Congress 39 and the Bahujan Samaj Party (BSP) and an Independent candidate had won a seat each.

Former Congress leader Ajit Jogi's Janta Congress Chhattisgarh (J) has formed an alliance with the Mayawati-led BSP and the Communist Party of India (CPI) this time.