Congress gets down to business without its president Rahul Gandhi 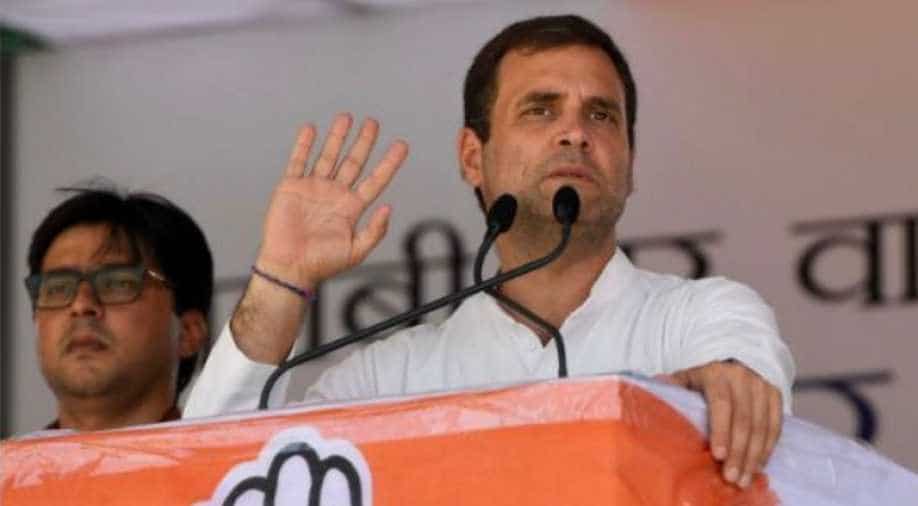 Before the elections, Rahul Gandhi was taking most of the decisions

The Congress on Friday released a list of legislators in Maharashtra for certain positions in the state Assembly. The interesting part in this list is that it has been approved by the All India Congress Committee (AICC) instead of party president Rahul Gandhi.

Gandhi has been in London since Tuesday and unavailable to the Congress leadership for any decisions.

The list approved the name of Balasaheb Thorat as the leader of the legislative party in Maharashtra who will replace Radhakrishna Vikhe Patil, who quit the party earlier this month. Also included in the list is the name of Sharad Ranpise, who has been appointed leader of the Upper House. Generally, appointments for Congress party positions are announced on behalf of the party president. 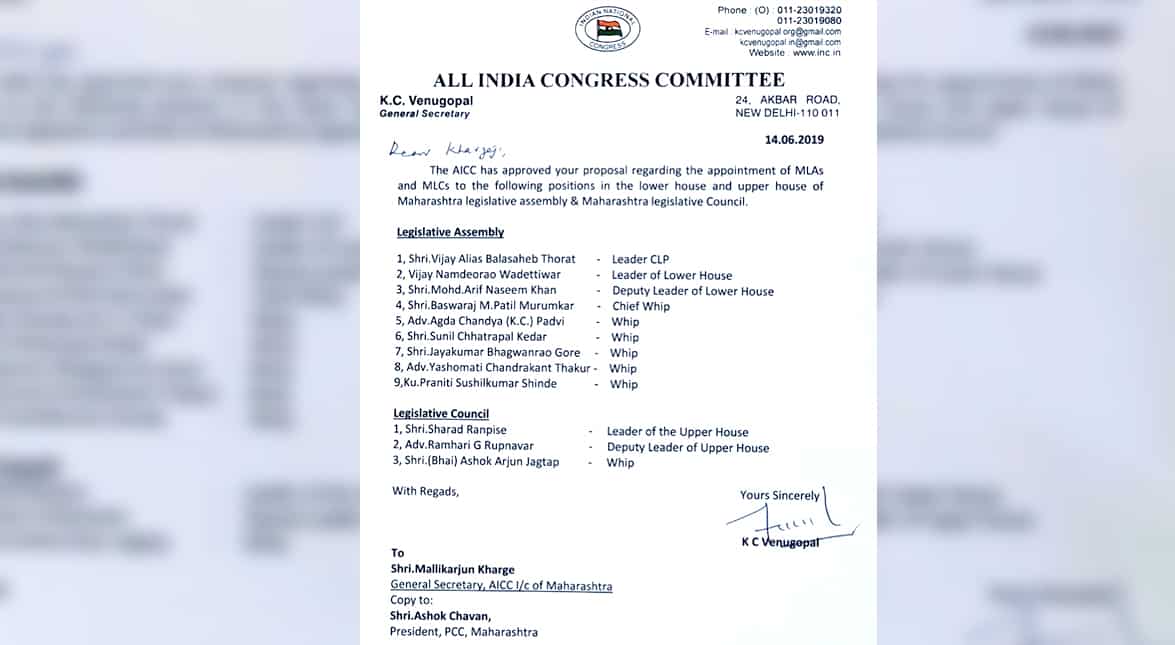 The names were proposed by the state in-charge Mallikarjun Kharge which was approved by the Congress general secretary in-charge of organisation, KC Venugopal.

Before the elections, Rahul Gandhi was taking most of the decisions. He even approved the appointment of Gurdaspur district president in January, 2019. But this time, Gandhi's absence in the party's official release took many by surprise. 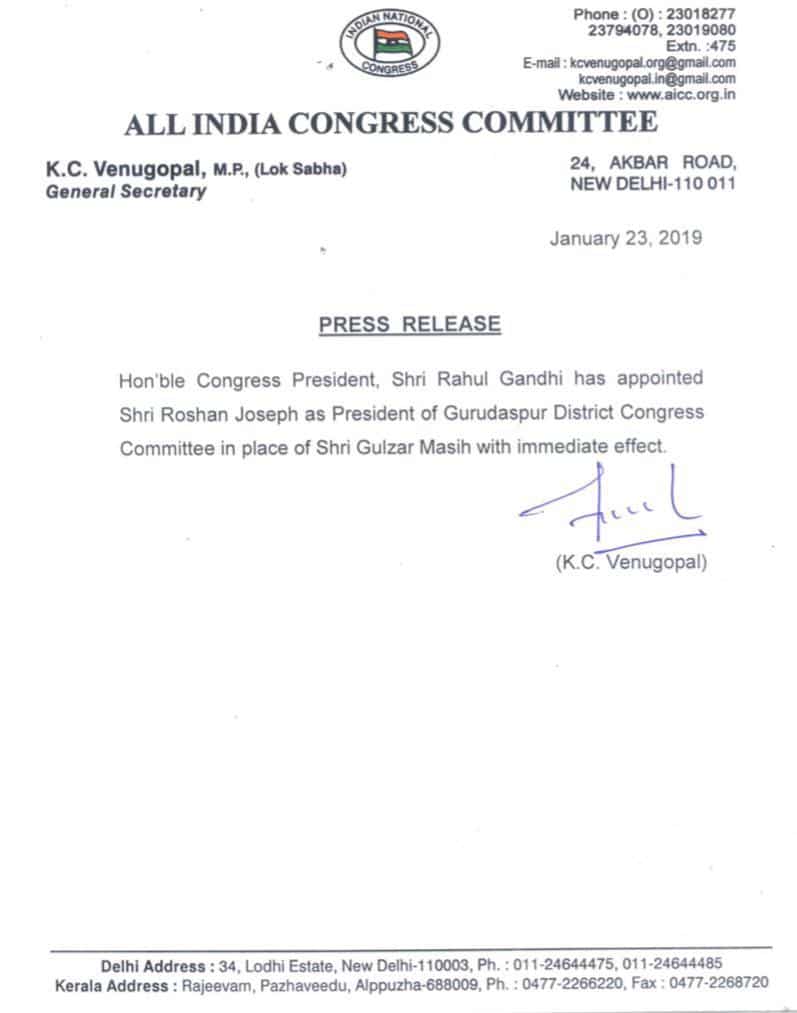 As of now, there is no clarity on the decision-making process at the top in the Congress party. However, the party's media cell in-charge Randeep Surjewala has been insisting that Rahul Gandhi continues as president and would remain so in the position.

Senior Congress leaders and few chief ministers are expected to meet today (June 14) for dinner hosted by Madhya Pradesh Chief Minister Kamal Nath. Sources said the official reason is to make a common strategy for the meeting which they will attend on Saturday at Niti Aayog. Sources also said that Punjab Chief Minister Captain Amrindar Singh may skip the dinner today, but the top menu of the dinner will remain the future of the Congress party as Rahul Gandhi continues to stick to his decision of not being the party president.