Congress 'breathing its last' due to nepotism: PM Narendra Modi 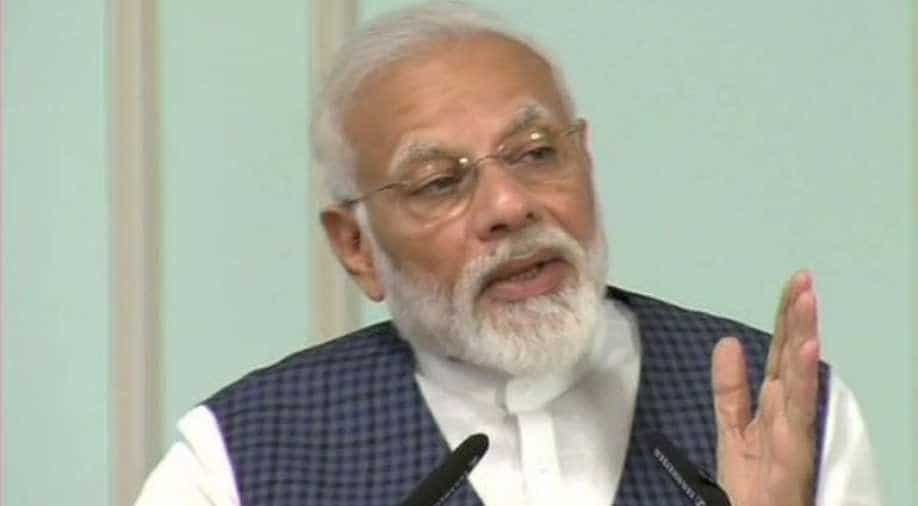 Taking a jibe at Congress, Modi said that he has heard the opposition party is giving lessons of nationalism to its leaders.

Prime Minister Narendra Modi on Wednesday targetted Congress stating the party was on its deathbed as nepotism has overshadowed its nationalism.

"Congress nationalism has been suppressed by nepotism. Due to dynasticism, Congress is unable to see nationalism.
This is the reason that Congress is faltering today and breathing its last," Prime Minister Modi said addressing a rally in Partur, the second today.

Taking a jibe at Congress, Modi said that he has heard the opposition party is giving lessons of nationalism to its leaders.

"I read somewhere that new training has started in Congress. They will be teaching nationalism to their leaders. This means that today's Congress does not have even patriots. Their nationalism has been trampled by their family-ism," he said.

On abrogation of Article 370, Prime Minister said that even the workers of the Congress and Nationalist Congress Party (NCP) have said that on issues like Article 370, every Indian should stand together with Modi and for the betterment of the country.

"However, these people are then silenced by their leaders. Will any nationalist protest against the surgical strikes? Will they insult the Army and its warriors? These people did that job shamelessly," he said.

The Prime Minister asserted that everybody should speak in the same voice on issues of national interest and national defence.

Cornering NCP and Congress on the issue of nationalism, he said: "There have always been voices from Maharashtra about nationalism and patriotism. But unfortunately, these ethics and values of Maharashtra have always hurt by the leaders of Congress-NCP on every occasion, on every platform. They are not even ready to understand your feelings."

He said despite Maharashtra having had three Chief Ministers from Marathwada, but there was no change in the poor situation of the region.

"These Chief Ministers were filling their own coffers and were not working for the development of the State. Marathwada has suffered a major loss of Congress-NCP rule. Before 2014, the situation was such that plans were made for Marathwada but development was done by some relatives of the leaders," Modi said.