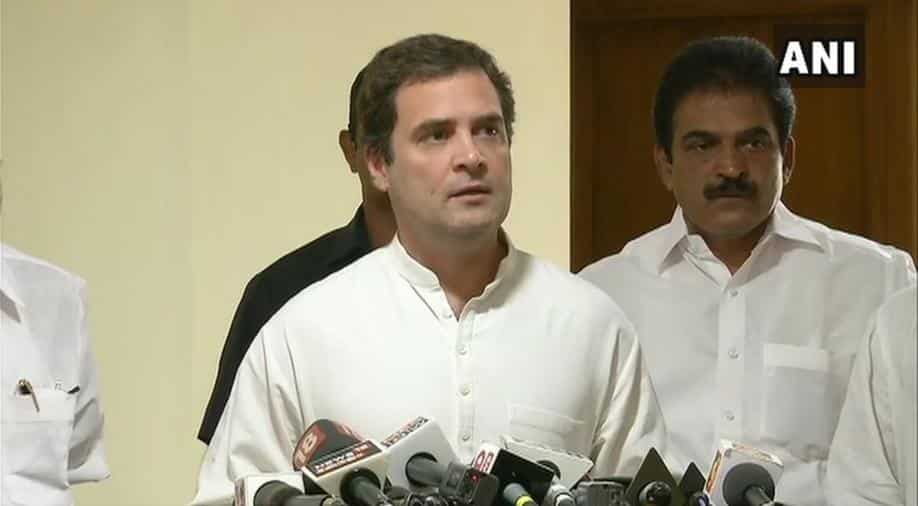 TNCC President Su Thirunavukkarasar said the meetings would be held between January 2 and 12, 2019, in line with a decision arrived earlier in a party's district leaders meeting.

The Congress in Tamil Nadu Tuesday announced state-wide public meetings next month to highlight the "anti-people" approach of the Central and state governments, with focus on the Rafale deal.

TNCC President Su Thirunavukkarasar said the meetings would be held between January 2 and 12, 2019, in line with a decision arrived earlier in a party's district leaders meeting.

In a statement, he recalled Congress President Rahul Gandhi's demand for a Joint Parliamentary Committee to probe into the pricing issue relating to the French combat aircraft.

"The Congress has a big democratic responsibility to inform people about this mega scam," Thirunavukkarasar said.

The party also had the 'responsibility' to highlight the 'anti-people' approach of both the BJP-led Central government as well as the AIADMK rule in Tamil Nadu on many issues, he added.

With the Lok Sabha elections "due soon," the party's high command has issued directions to conduct such meetings.

Opposition parties led by the Congress have been attacking the Modi government over the deal, alleging that it was struck at an exorbitant price and benefited an Indian businessman at the cost of the government-run HAL.

However, the charges have been denied by the government.

The Supreme Court had on December 14 given the Narendra Modi government a clean chit on the procurement of 36 Rafale fighter jets from France and dismissed all petitions seeking a direction to the CBI to register an FIR for alleged irregularities in the deal.

Home Minister Rajnath Singh had recently demanded in the Lok Sabha that Rahul Gandhi should apologise on the floor of the House for "misleading" the country on the Rafale jet deal issue.