Conduct of Kerala govt on Sabarimala issue will go down in history as 'most shameful': Modi 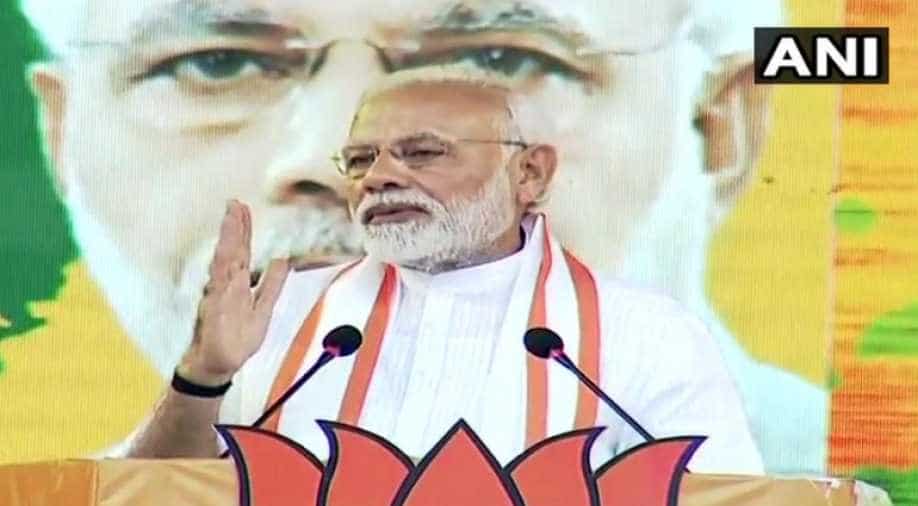 'We knew that communists do not respect Indian history, culture and spirituality but nobody imagined that they will have such hatred,' Modi said. He was speaking in Kollam, Kerala.

Prime Minister Narendra Modi said Tuesday that the conduct of the Kerala government in the Sabarimala issue will go down as one of the "most shameful" in history. Modi was speaking in Kollam, Kerala.

"The conduct of Kerala LDF government on Sabarimala issue will go down in history as one of the most shameful behaviour by any party and government. We knew that communists do not respect Indian history, culture and spirituality but nobody imagined that they will have such hatred," Modi said.

Modi added that the Congress was "no better".

"UDF is no better. Congress has multiple stands — they say one thing in Parliament but a different thing in Pathanamthitta," he said.

"Our stand on this issue has always been clear. And, the actions of our party match our words," he added.

The Supreme Court decreed in September 2018 that women should be allowed to visit Kerala's Sabarimala temple. The temple had until then been off-limits to women between the ages of 10 and 50.

The reason for the ban is that it is believed that the temple deity, Lord Ayappa, has vowed to stay celibate. And that he will look at a woman only when he is ready to marry her.

The Supreme Court decree was met by massive resistance, with both the BJP and Congress mobilising people against it.

Kerala Chief Minister Pinari Vijayan on the other hand has said repeatedly that the Supreme Court order has to be enforced.

On Tuesday, Modi said the Left and Congress work against gender and social justice.

"Left and Congress make tall claims about respect to gender justice and social justice but their actions are exactly the opposite. NDA Government has been working towards abolishing Triple Talaq," Modi said.

"Who is opposing us on this?" he asked. "Communists and the Congress," he answered.

Modi on Tuesday also referred to his government's recent 10% quota for the upper castes saying his government believed every Indian, irrespective of caste, deserved "equal opportunity".

And he mentioned India's upward movement in the ease of doing business rankings.

PM Modi in Kollam, Kerala: 4 years back, did anyone even think of improving Ease of Doing Business rankings? In fact, this term was missing from the dictionary of policymakers. In 4 years, we have moved up from rank 142 to rank 77, one of the fastest improvements in the world. pic.twitter.com/VlHfXxAp8h