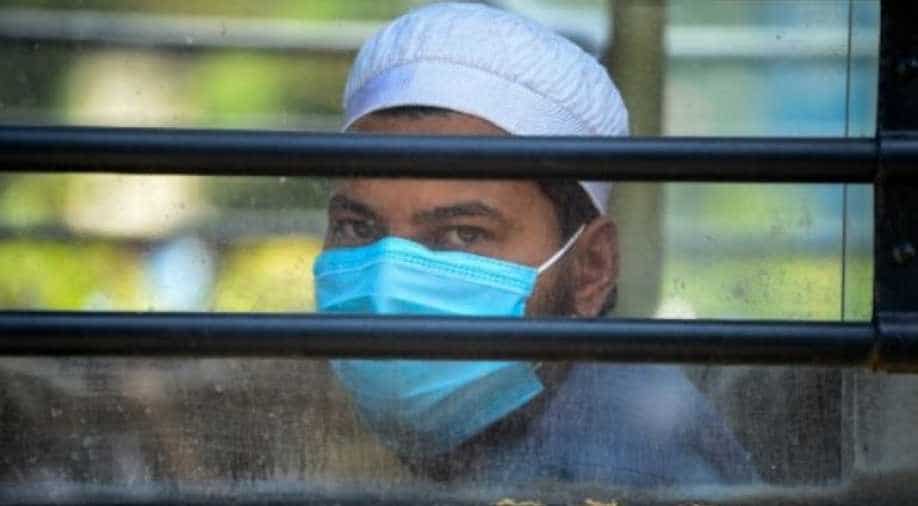 Jamiat president Maulana Arshad Madani hit out at the 'negative propaganda' in the media on the Jamaat markaz (headquarters).

Prominent Muslim body Jamiat Ulema-e-Hind on Wednesday slammed the "communalisation" of the sharp rise in coronavirus cases and linking them to a Tablighi Jamaat gathering in Delhi's Nizamuddin area and asserted that this would harm the united fight against the pandemic.

Jamiat president Maulana Arshad Madani hit out at the "negative propaganda" in the media on the Jamaat Markaz (headquarters), saying it is deeply condemnable to give this fight a religious colour.

Madani said in a statement that with the sudden announcement of the lockdown on March 24, millions of people were "trapped" across the country and were trying to return to their homes.

"So in those situations, if some people get locked up in the markaz, we think that there is no such thing as breaking the law," the Jamiat chief said.

Announcing the lockdown, the prime minister had said one must stay wherever he is, and not come out, Madani said.

"There are reports that the markaz had informed, in writing, the concerned authorities and agencies, and even permission was sought for people to send them to their homes, so the markaz cannot be blamed in this regard," Madani said.

"In this situation, the media of the country is making a dangerous conspiracy to mislead the people by presenting only one side of the picture," he said.

The sectarian mindset and communalisation of the cases is a bigger threat than the virus, the maulana said.

The central and state governments should not only take notice of it but condemn the propaganda against Muslims, he said.

"Such propaganda would damage communal harmony in the country, as the people unitedly are fighting a strong war against the epidemic," he said.

Madani also said that during and after the Tablighi Jamaat programme, a larger number of religious and non-religious events took place in every corner of the country under the patronage of politicians.

"Therefore, if an FIR can be filed against Nizamuddin's office, then there should be an FIR against the central and state government officials who could not manage properly millions of workers gathered at Anand Vihar railway station and other places after the lockdown order," he said.

India registered 386 new cases of COVID-19 in last 24 hours, taking the tally to 1,637 in the country, the government said on Wednesday, and linked the sharp increase in number of cases to the Tablighi meet since early March at Nizamuddin which has become the new epicentre of the COVID-19 pandemic in the country --from Kashmir to Tamil Nadu.