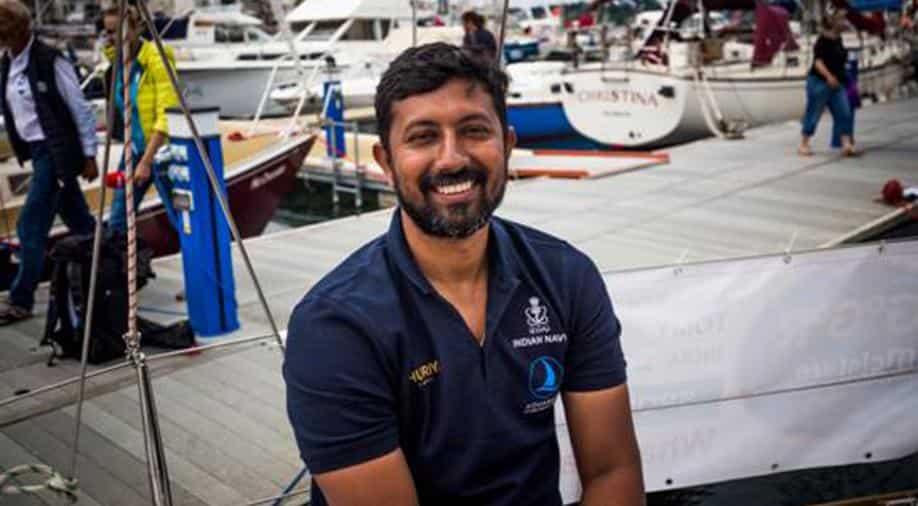 On September 21, his sailing vessel 'Thuriya' was caught in a violent storm in the South Indian Ocean.

Indian sailor Abhilash Tomy, who was under medical observation at Ile Amsterdam after sustaining grievous injuries while participating in the Golden Globe Race, was brought to Visakhapatnam safely Saturday, a Navy statement said.

On September 21, his sailing vessel 'Thuriya' was caught in a violent storm in the South Indian Ocean.

Tomy, who had suffered severe back injury, has now been shifted to INHS Kalyani, the naval hospital of the Eastern Naval Command for observation and medical assistance as required.

The Australian Rescue Coordination Centre at Canberra coordinated the rescue mission in conjunction with many agencies, including the Australian Defence Department and the Indian Navy.

The Indian Navy launched 'Operation Raksham' to rescue the injured officer by immediately deploying the Long Range Maritime Reconnaissance Aircraft P8I in the area staging through Mauritius for providing close support and monitoring the rescue operations and diverted IN Ships Satpura and Jyoti to undertake search and rescue operations.

INS Satpura, after fuelling from INS Jyoti, arrived off the Ile Amsterdam and safely evacuated Tomy using the ship's helicopter on September 28.

He was thereafter provided the requisite medical treatment on board during the passage to Visakhapatnam.

"The ship successfully executed 'Operation Raksham' and brought Cdr Tomy safely to Visakhapatnam displaying Indian Navy's reach, mobility and versatility to responding to the challenges of 'Search and Rescue' mission. The event is another testimony of the Indian Navy being a credible 'Net Security Provider' in the Indian Ocean Region," the statement said.