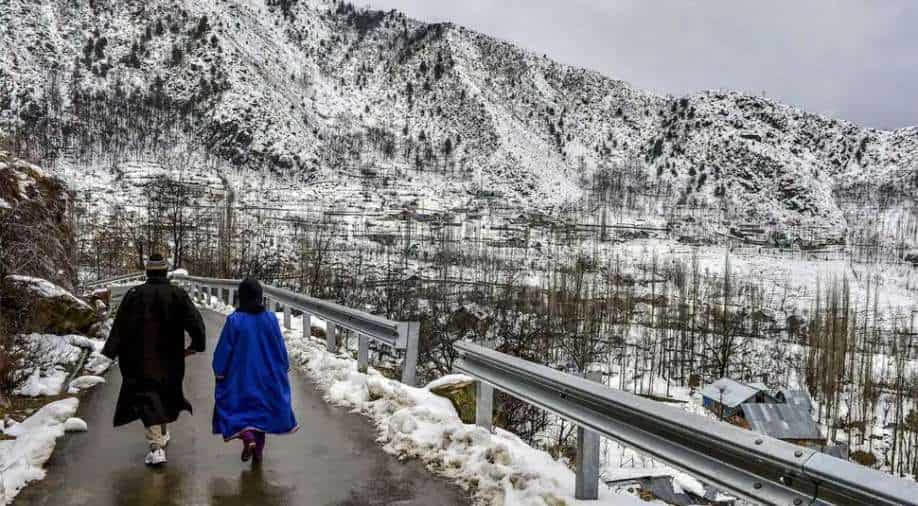 Temperatures dropped below zero degrees Celsius in India’s Jammu and Kashmir union territory, with Srinagar city recording the lowest temperature of the season at minus 1.6 degrees Celsius.

Other parts of the state also experienced sub-zero temperatures as the mercury went down two to three degrees below normal. Pahalgam, the famous hill station in south Kashmir, recorded a low of minus 3.7 degrees Celsius, the ski resort Gulmarg recorded the minimum temperature at minus 0.8 degrees Celsius.

The state meteorological department has attributed “the erratic weather condition” to global warming.

“Global warming is a worldwide issue and is not Kashmir centric, but it does have an impact here as well,” said Sonam Lotus, Director MeT Department Kashmir.

The winter conditions in Kashmir have set in much ahead of the beginning of extremely harsh weather conditions which usually start around the third week of December.

‘Chillai Kalan’, the 40-day period of harsh winter in Kashmir, begins on December 21 every year.

Meanwhile, the Met department will be soon launching an awareness campaign on asphyxiation, which is often linked to winter the season.

“With the onset of winter, people keep themselves warm and use appliances like bukhari (portable room heater). But the main problem of using such a traditional device is that there is little room for exhaust and no ventilation. Because of this, carbon monoxide increases and causes a lot of damage, as we recently saw how a girl died in her room due to asphyxiation. We are always aware of do’s and don’ts and we will soon start the awareness programme,” said Lotus.

The onset of cold weather conditions often worries the locals living in the area, as they face long electricity cuts, avalanches, etc.

“It's extremely cold here, we can't go out in the mornings. We use kangri (an earthen pot woven around with wicker filled with hot embers) which works on coal and now we have been facing shortage of the coal as well. The water pipes freeze and then there is no water as well. We want the government to help the poor. It's unbearable. There is no electricity also, too many power cuts. The government needs to intervene. There is so much fog in the morning that we can't go out. '' said Bashir Ahmad, a resident of Srinagar.

The Met department has predicted that weather will remain mainly dry in Jammu and Kashmir with morning fog at isolated places over plains of the valley till November end.