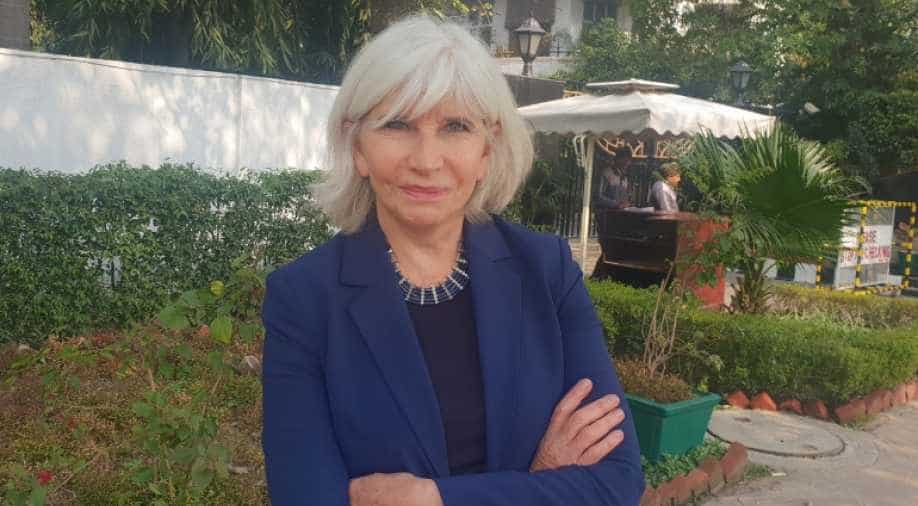 'India has enormous potential. India is showing how to leapfrog. PM Modi sent a strong political message when he spoke on electric cars. India can be an example for the world,' Laurence Tubiana said.

Wion: What has changed since the Paris Climate accord?

Laurence Tubiana: I think what has changed in Paris is that in every country, government, city mayors they consider climate change as a major risk. We see the impact already and all countries thinking about how they can contribute to fighting against climate change. That is an achievement from Paris.

Of course, at the same time, we see some government, in particular, the US govt that has decided to withdraw from Paris agreement. That is a concern and it is really important that all countries stick together.

Even if Washington agreement has said no to Paris, you see, an enormous evolution within the US society, at state, business, the investor just want to go in another direction. Climate change is not a problem of government, or diplomacy but of every citizen. We live in a totally different world for the last three years.

Wion: How was it being a woman at the Paris Climate negotiations?

Laurence Tubiana: It was not always easy, but in a way, I learnt and they learnt to listen to me seriously. I could contribute that I wasn't partisan of a top-down approach. I was partisan of a where countries are, where the governments were. Finally, they respected me and now I have many friends all over the world to support that agreement.

Wion: How do you see India's policy on climate change?

Laurence Tubiana: India can do a lot. India can bet on good technology and need to provide clean air to everyone. And in a way, India is looking at future and future is low carbon economy. I'm comforted by the fact that climate is now part of many policies in India.

I was with Niti Aayog and climate is embedded in the sustainable development mission of India. India can do much more, like India's role in the deployment of renewable energy especially rural areas can play a massive role. India has enormous potential. India is showing how to leapfrog.

PM Modi sent a strong political message when he spoke on electric cars. India can be an example for the world.

Wion: How do you see India's International Solar Alliance(ISA) project?

Laurence Tubiana: This programme, ISA is interesting, it shows every country thinks together in this big problem. How we really deploy massively on solar energy. India is trying to find a financial solution to climate change. The solar alliance is having a productive effect since it has raised the profile of solar energy.

Wion: But are you disappointed that the world is not speaking in one voice on climate change?

Laurence Tubiana: I think, it's too slow, we are lagging behind on what we need to do. The IPCC report, an Indian scientist view is to accelerate all over the world. It is not about global threats but actual damage to everyone's life.