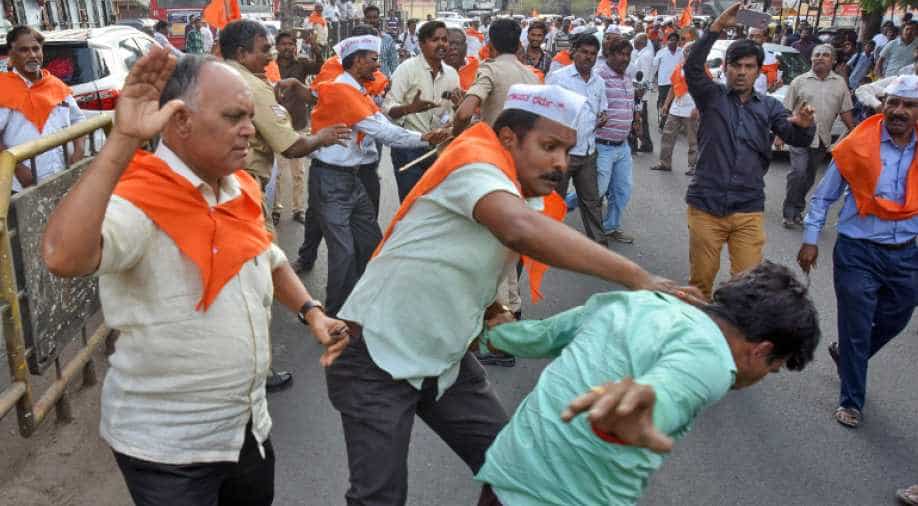 People of the Lingayat and Veershaiva Community clash with each other in Kalaburagi on March 19. Photograph:( PTI )

Clashes between the members of Karnataka's Lingayat and Veerashaiva communities broke out on Monday in the state's Kalaburagi district hours after the Karnataka government approved separate religion minority status for the Lingayat and the Veerashaiva Lingayat community.

The altercation started after Lingayat followers celebrated the government's decision while Veerashaiva followers protested the move.

In what is being viewed as appeasement politics ahead of the state assembly elections, the Chief Minister Siddaramaiah-led Karnataka Government on Monday accepted the suggestions of Nagamohan Das committee to grant separate religion status for the Lingayat community.

The Veerashaiva Lingayat Samanvaya Samiti opposed Karnataka government's decision of granting a separate religion status for the Lingayats community and termed it a politically motivated move.

The suggestion, which has been accepted under section 2D of the state Minorities Commission Act, will now be sent to the Centre for final approval.

A seven-member Nagamohan Das committee headed by retired high court Judge H N Nagamohan Das submitted its report on March 2, 2018, stating that "Lingayats in Karnataka may be considered as a religious minority."