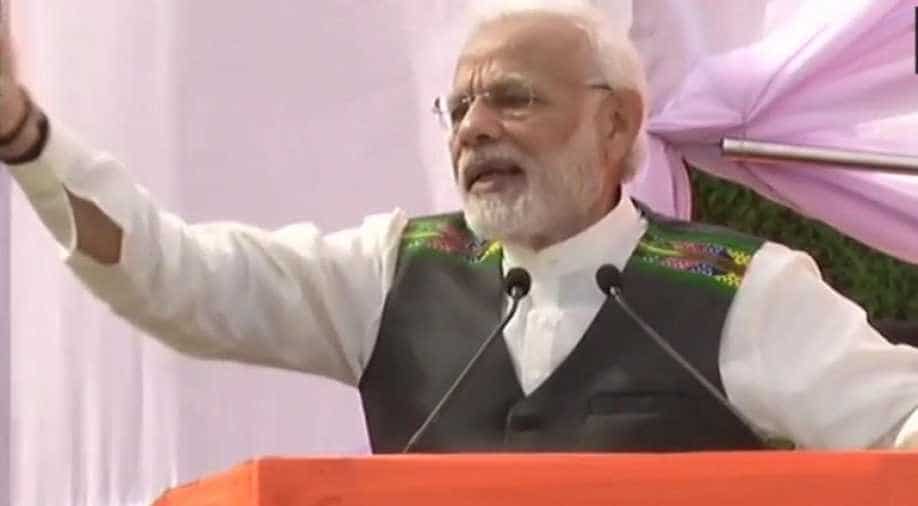 'India is fully committed towards the development and prosperity of Assam', said PM Narendra Modi.

As the BJP faces heat over the Citizenship Bill in the northeast, Prime Minister Narendra Modi Tuesday said his party will always protect the interests of Assam.

Taking to Twitter, he also thanked the people of the state for supporting the Bharatiya Janata Party in elections to three tribal autonomous councils.

"Gratitude to my sisters and brothers of Assam for the strong support to @BJP4Assam in polls to three Tribal Autonomous Councils in the state.

The @BJP4India is fully committed towards the development and prosperity of Assam," he said.

The BJP has won several seats in the autonomous council polls.

Modi said the government will "always protect the interests of the state. "

"Several initiatives of the central and Assam government have contributed towards transforming lives of the citizens of Assam," he wrote.

Several BJP allies in the northeast will meet in Guwahati Tuesday against the Citizenship (Amendment) Bill, 2019.