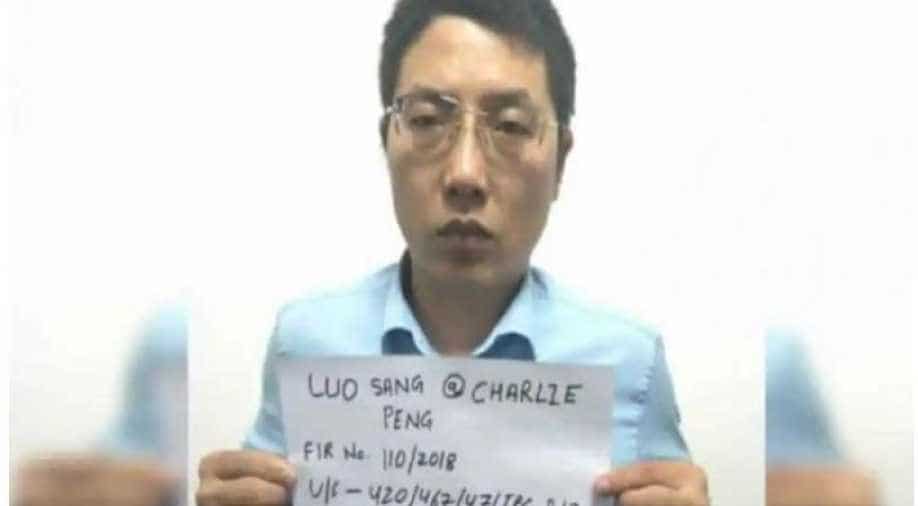 Luo Sang is alleged to be the ‘kigpin’ of the racket. He married a woman from the northeast and cooked up the identity of ‘Charlie Peng’ using a fake Indian passport.

Chinese national Luo Sang, who was operating under the fake name of Charlie Peng, was arrested on Tuesday during a raid in Delhi by the Income Tax Department.

Income tax Department discovered that Luo Sang was bribing some Lamas in Delhi. Money in packets (between 2 lakh to 3 lakh) were given to individuals near Majnu Ka Tila in Delhi.

Officials anticipated that this money was given to individuals to gather information on Dalai Lama and his associates. Entire communication was done on Chinese App We Chat.

Luo Sang used his office boys to drop the money packets. These office boys have given a statement before income tax department accepting that money packets were given to Lamas. The department has shared this info with other government agencies as well.

The money laundering racket, meanwhile, was busted on Tuesday when the IT Department conducted raids at around two dozen premises of some Chinese nationals, as well as their associates, in Delhi, Gurugram and Ghaziabad.

Luo Sang is alleged to be the ‘kigpin’ of the racket. He married a woman from the northeast and cooked up the identity of ‘Charlie Peng’ using a fake Indian passport.

Earlier, he was also arrested in September 2018 by the Special Cell of the Delhi on charges if ‘espionage’.

The episode comes amid the ongoing tensions between India and China in eastern Ladakh.