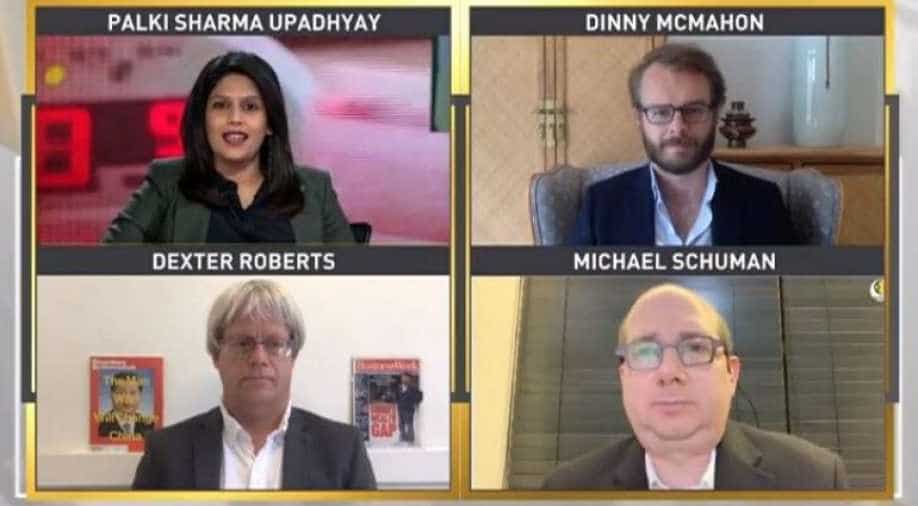 Michael Schuman, the author of "superpower interrupted", speaking at the WION Global Summit asserted that the biggest challenge that China faces is "resource allocation" while it continues to build its infrastructure.

"China's reform plans have stalled for the past five to six years, and it will not be able to grow its middle class," Dexter Roberts, fellow at Mansfield Center, said at the WION Global Summit today.

Dexter Roberts added that China will no longer be the global growth driver.

Michael Schuman, the author of "superpower interrupted", asserted that the biggest challenge that China faces is "resource allocation" while it continues to build its infrastructure.

"In China what you will find is that money tends to go a lot into unproductive sectors and unproductive companies," Shuman said at the WION Global Summit, adding, "money is taken away from private companies that are far more productive than state enterprises."

Schuman stated that China has been unable to get out of the cycle of credit which powers its "dead heavy economy".

Dexter Roberts asserted that the migrant population in China are being treated as "second-class citizens" with growing pressure on the Chinese leadership.

"Urban Chinese have been beneficiaries of an implicit bargain," Dexter Roberts felt.

Dinny McMohan, author of China's great wall of debt, said: "If debt grows at a reasonable pace, then it can stimulate economic growth. But what we have seen in China is that it is quite difficult to find infrastructure projects that are going to take the debt and generate genuine economic return."