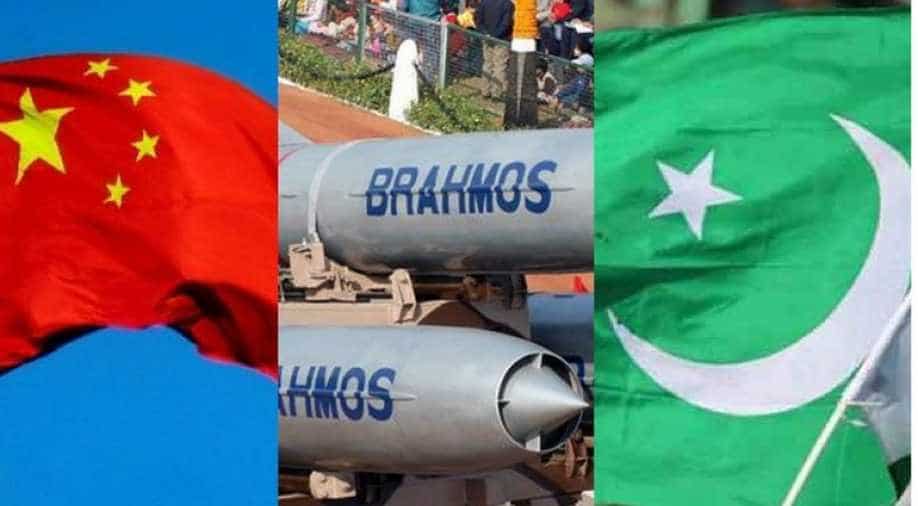 Pakistan has been busy on its trying to put together a missile defense system for several years with an eye on thwarting India. Photograph:( Zee News Network )

China to the rescue

This week China’s Academy of Sciences confirmed it had sold a sophisticated missile defense system which was considerably superior to its “home-made missile systems”.

The move signaled a dangerous level in arms race in the sub-containment with nuclear powers – India and Pakistan – engaged in a low intensity battle in J&K, helped along by Chinese help to the unstable Pakistan regime with ISI and Pak military calling the shots.

Pakistan has been busy on its trying to put together a missile defense system for several years with an eye on “thwarting” India.

The missile known as Ababeel took the arms race to another level with Pakistan as the government declared it “ensured survivability of Pakistan's ballistic missiles in the growing regional Ballistic Missile Defence (BMD) environment."

It was Pakistan's answer to Indian’s BrahMos missile.

Two years ago, the China’s People’s Liberation Army Daily in a statement had complained that India’s deployment of “supersonic missiles”  on its border had “exceeded its own needs of self-defense and poses a serious threat to China’s Tibet and Yunnan provinces”

“The deployment of BrahMos missile is bound to increase the competition and antagonism in the China–India relations and will have a negative impact on the stability of the region,” the Chinese Army daily said.

China definitely felt a “counterweight” had to be created against India’s much touted BrahMos missile keeping its ally Pakistan in the loop.

India’s BrahMos missile which can travel at supersonic speed even at low altitudes makes it an “almost invisible” weapon difficult to detect an intercept.

A few years ago, Pakistan nuclear physicist Dr Samar Muarakmand who was responsible for conducting nuclear test after India tested its own in 1998, at a ceremony had said Pakistan’s missile defense system was prepared by “students of government college University” who had worked abroad in NASA and other organizations.

Pakistan has however developed offensive weapons in an attempt to keep up with India.

Pakistan’s Shaheen and Gauri missiles along with the Babur cruise missiles boasts of reaching targets far into India.

The total cost of three regiments of S-400 system was a mega $2.5 billion. In end Pakistan decided to procure the Chinese system which was far cheaper and easily accessible since Pakistan already has several China-based projects running alongside with the CPEC project going on at full tilt.

In the “new” arms race with China ably supporting Pakistan providing it with weapons both for defensive and offensive purposes, India has its hands full.

In 2007, India had entered the elite club comprising of US, Russia & Israel in developing a ballistic missile system. India also announced its own “Star Wars” programme to block nuclear missile hits on its territory.

“It usually comes with a pair of high-performance telescopes equipped with a laser ranger, high-speed camera, infrared detector and a centralised computer system that automatically captures and follows moving targets,” reports say.’

India will now be hard pressed to display its weaponry and put in more resources to counter Pakistan’s enhanced missile shield.

Right side of History

As the arms race enters into a dangerous three-way battle, everyone, especially the Trump administration would be watching Pakistan and China’s next moves very minutely. The fact that the US has already squeezed its defense budget to Pakistan and engaged in tough talk over Afghanistan, chances are Pakistan will tilt even more on China, after all both have a grudge or two against the current Trump administration.

India will now have to tread carefully, not to be taken in by the race, it will have to strike a balance between development and defense because in an arms race, history suggests, is only won by the country which has a thriving economy that can sustain the “resource guzzler”.

India has to ensure it is on the right side of history and not in a “cold war style” Soviet Union vs USA mode. After all the world is watching.