China's hydropower project in Tibet a reason to worry for India 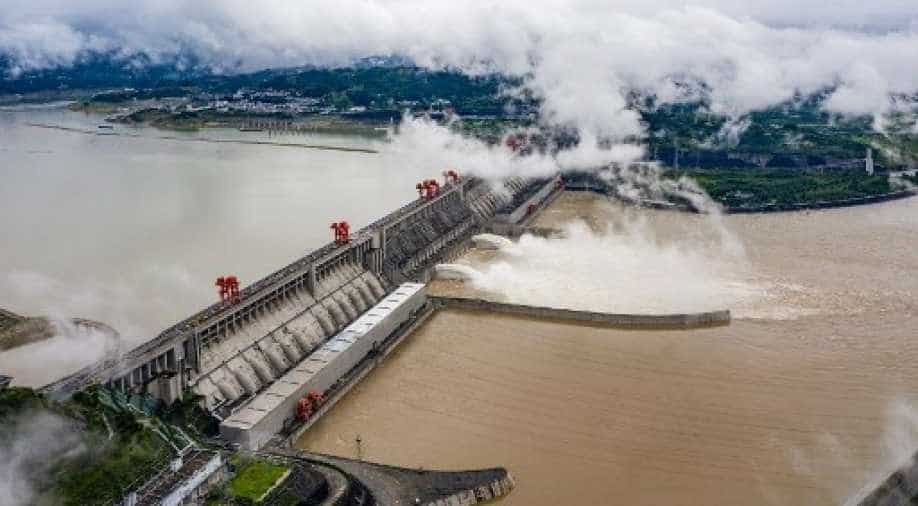 A file photo of a dam in China. Photograph:( AFP )

Reports say that Beijing has greenlighted the construction of dams on the river. They could be built on the lower reaches of the Brahmaputra, which fall inside Tibet

While Pakistan struggles, it's iron brother China is keen on giving more headaches to New Delhi. China has cleared a hydropower project in Tibet, close to the border with India.

These dams will be built on the lower reaches of the Brahmaputra on the Chinese side.

So, let's understand why India has a reason to worry. The Mekong river, which flows through the Thai-Lao border, has vanished or gone dry in two years.

What happened to the Mekong can be understood from satellite images, where Chinese dams have been hoarding the water of the Mekong, while South East Asian countries, such as Cambodia, Laos, Thailand and Vietnam are longing for its water.

These plans are part of the 14th five-year plan of China. Reports say Beijing could build up to 60 giga watts of power generation capacity on the river, making it the biggest hydropower project in the world. One that would overtake China's own Three Gorges dam that produces 22.5 giga watts of power.

India is said to be considering its own plans to build a dam on the Brahmaputra, while there is concern that Beijing wants to control the flow of waters towards India.

Bigger problems could be in store. According to a report, environmental groups and Tibetan rights activists are against these Chinese projects. They believe the dams could 'wreak environmental havoc' and have a severe impact on downstream water supplies. One analyst fears that the constant construction could lead to earthquakes and landslides and even submerge land and forests under water and endanger wildlife.

The dams pose a threat to human life too. Case in point: the Three Gorges dam. Beijing touted this project as the world's largest dam. It ended up flooding 13 cities, 140 towns and more than 1,000 villages. According to one estimate, more than one million people were displaced. Now, similar concerns are being raised about the Chinese dams on the Brahmaputra. Experts fear that they could lead to floods or droughts and cause immense environmental destruction.