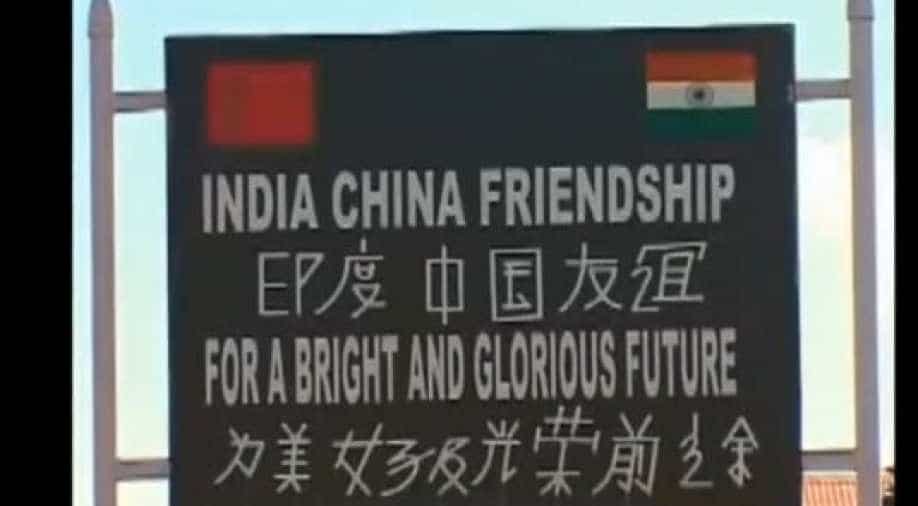 The 'unidentified flying object' was blinking light every 4-5 seconds and could not be clearly seen due to darkness, the report said. Photograph:(Reuters)
Follow Us

Rajnath Singh said face-offs have happened before, but this time it's different. India's defence minister said the Chinese troops have 'come in a little farther that usual this time'

India has been locked in a standoff at the border with China for over 25 days with the situation still precarious.

However, there are no signs of de-escalation yet but, a new report claims that both sides are stepping up their guard.

According to a PTI report, both India and China are now moving in heavy equipment and weaponry. It includes artillery and combat vehicles which allegedly is being moved to the rear bases that are close to the disputed areas in eastern Ladakh.

It comes at a time when both sides are engaging both militarily and diplomatically to resolve the stand-off. So far, India hasn't said much on the crisis but, over the weekend defence minister Rajnath Singh spoke out.

Rajnath Singh said face-offs have happened before, but this time it's different. India's defence minister said the Chinese troops have "come in a little farther that usual this time" but beyond that India hasn't said much.

It says China has amassed high altitude weapons. The piece claims that the PLA expanded its firepower after the Doklam stand-off. It has a list of weaponry with tanks, helicopters, drones and howitzers. Some of the equipment was showcased at China's National Day military parade on October 1 last year.

China's state mouthpiece has been boasting about PLA's firepower at a time when its forces have invaded Indian territory
while the piece doesn't say the advanced defence equipment has been deployed at the border.

It does indicate that it can be operationalised swiftly, such reports send a message that China won't back down from its territorial claims.

Beijing has acted forcefully to defend its territorial claims as recent events prove. The world has been consumed by the coronavirus.

The PLA in recent weeks was behind the sinking of a Vietnamese fishing boat in the South China Sea, it harrassed a Malaysian offshore oli rig and moved around Taiwan's waters. On the ground, China has asserted itself on Hong Kong. It cleared the national security bill last week that would allow Beijing greater control over the region.

China is also working with Pakistan to leverage the crisis. Recently, it agreed to help Pakistan build a dam in Pakistan occupied Kashmir(POK) and now its border provocations in Ladakh are only needling India further.