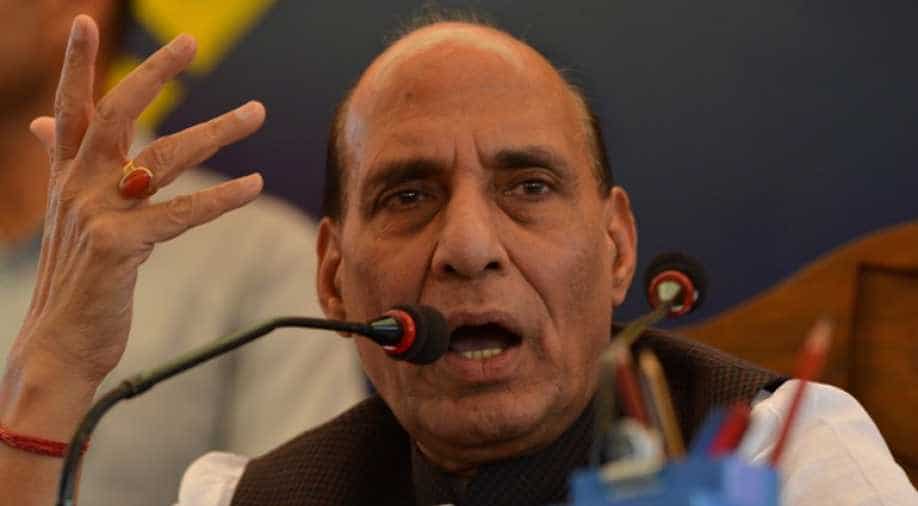 Home minister Rajnath Singh said Sunday that China had understood India's strength, and that "our issues" had been resolved.

Our issues with China have been resolved. China understood the strength of India: HM Rajnath Singh in Lucknow pic.twitter.com/zId98FuFqA

The armies of the two countries had recently been involved in a 72-day standoff in Doklam near the Bhutan-China-India tri-junction.

The two armies stood down only days before Indian Prime Minister Narendra Modi visited China for the BRICS summit. (The BRICS charter says its annual summit cannot be held should the leader of any member nation not attend.)

"Our issues with China have been resolved. China understood the strength of India," Rajnath said.

Singh was speaking in Lucknow. He is in Uttar Pradesh on a two-day visit.

Continuing in the same vein, Singh added: "Pakistan tries to send terrorists to our side. We have succeeded in finishing off 5-10 of them every single time. India is not weak anymore."

He also said Modi has resolved to eliminate poverty from the country by 2022.

Our Prime Minister has set the aim of completely eliminating poverty in India by 2022: HM Rajnath Singh in Lucknow pic.twitter.com/S1tEHxIecF

And that Modi is the first Indian prime minister to open out India's banks to the poor.

The last comment was a reference to the opening of the zero-balance Jan Dhan accounts.

The Jan Dhan accounts allow people to open bank accounts without documentation like proof of residence, which India's many poor millions are often unable to get.