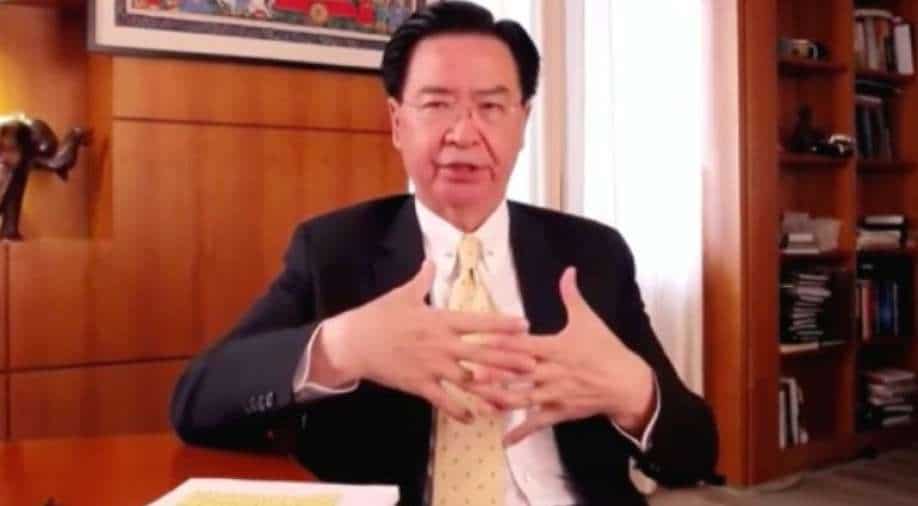 Since the outbreak of COVID-19, the DPP authorities have made reckless political manoeuvres and hyped up Taiwan's participation in the World Health Organization and the World Health Assembly., the Chinese embassy alleged in its letter to WION

Ahead of Taiwan's National Day on October 10, the Chinese mission in Delhi had written to the Indian media and called upon them to not refer to Taiwan as a "nation".

In the letter, the Chinese embassy said: "Strongly protest against WION providing platform for Taiwan Democratic Progressive Party (DPP) authority separatist activities disregarding Indian government’s long-standing position," adding,"There is but one China in the world and the Government of the People's Republic of China is the sole legitimate government representing the whole of China."

During the interview with WION, the Chinese foreign minister Joseph Wu had said that China puts pressure on other countries to not recognise Taiwan as a country. 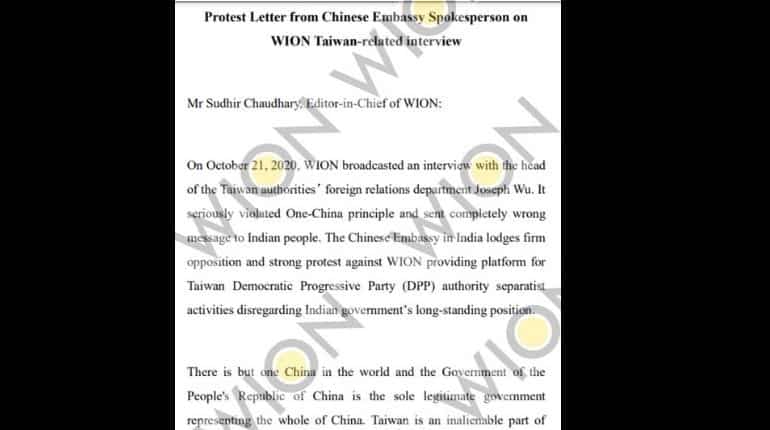 "Countries call me 'Minister Wu' but there shouldn’t be any problem addressing us as a country. But most of the country in the world are interacting with us and they recognise me as a Foreign Minister of Taiwan," Joseph Wu had told WION in an exclusive interview. 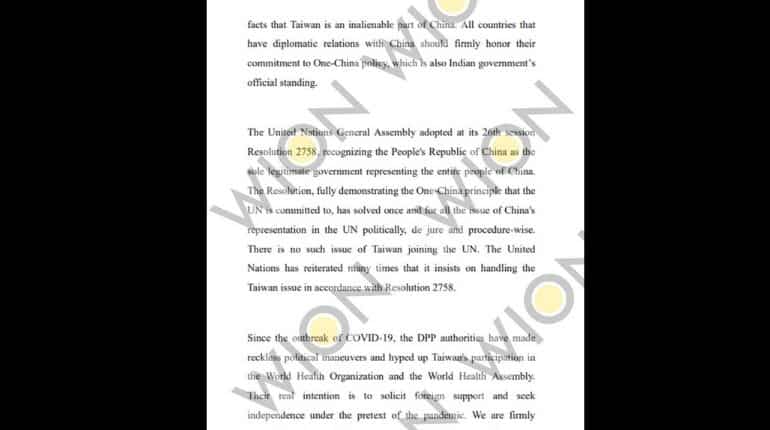 “China is trying to export its authoritarian order, and Taiwan happens to be on the frontline “, Wu said while asserting that China’s recent display of military might was an attempt to make his country into a "scapegoat for the Chinese government". 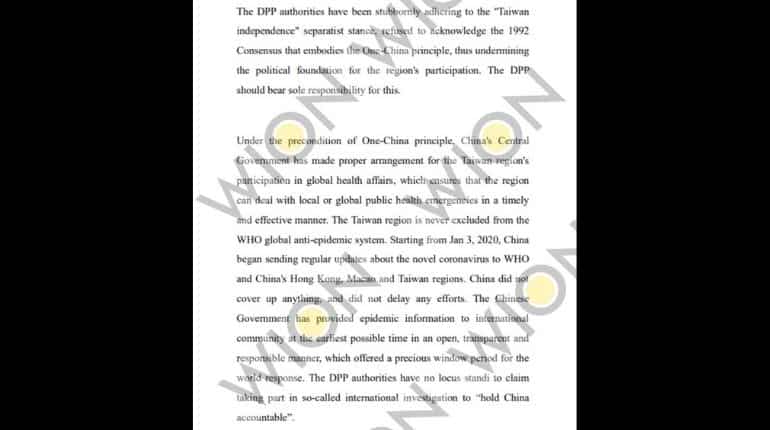 The Chinese embassy in India, however, said that "facts are recognized by UN resolution and constitute the universal consensus of the international community. No matter how DPP authority separatists distort facts and advocate “Taiwan independence", they cannot change the historical and legal facts that Taiwan is an inalienable part of China."

"All countries that have diplomatic relations with China should firmly honour their commitment to One-China policy, which is also Indian government’s official standing," the Chinese embassy said. 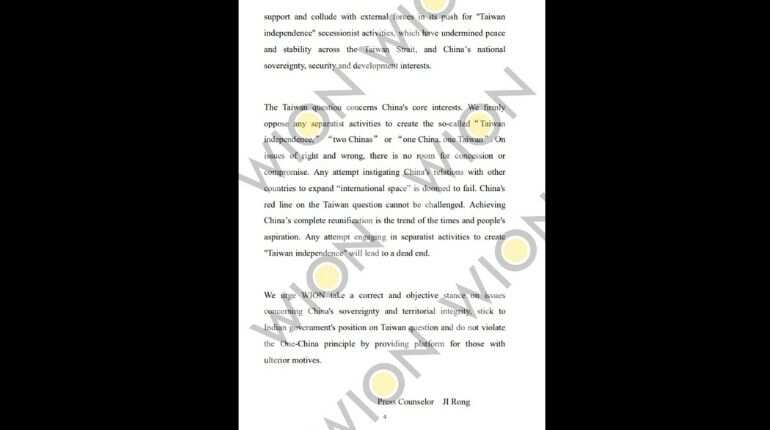 "The United Nations General Assembly adopted at its 26th session Resolution 2758, recognizing the People's Republic of China as the sole legitimate government representing the entire people of China. The Resolution, fully demonstrating the One-China principle that the UN is committed to, has solved once and for all the issue of China's representation in the UN politically, de jure and procedure-wise," the letter to WION said.

The Chinese embassy said that "there is no such issue of Taiwan joining the UN", while stating that, "United Nations has reiterated many times that it insists on handling the Taiwan issue in accordance with Resolution 2758."

"Since the outbreak of COVID-19, the DPP authorities have made reckless political manoeuvres and hyped up Taiwan's participation in the World Health Organization and the World Health Assembly. Their real intention is to solicit foreign support and seek independence under the pretext of the pandemic," the Chinese embassy alleged while reiterating that "Taiwan's participation in international organizations including the WHO must be arranged under the One-China principle."

"Under the precondition of One-China principle, China's Central Government has made proper arrangement for the Taiwan region's participation in global health affairs, which ensures that the region can deal with local or global public health emergencies in a timely and effective manner. The Taiwan region is never excluded from the WHO global anti-epidemic system. Starting from Jan 3, 2020, China began sending regular updates about the novel coronavirus to WHO and China's Hong Kong, Macao and Taiwan regions," it said.

"The DPP authorities have no locus standi to claim taking part in so-called international investigation to “hold China accountable," the Chinese embassy maintained.

The letter said the Taiwan "question concerns China's core interests". "We firmly oppose any separatist activities to create the so-called “Taiwan independence,” “two Chinas” or “one China, one Taiwan”."

"Any attempt instigating China's relations with other countries to expand “international space” is doomed to fail. China's Red Line on the Taiwan question cannot be challenged. Achieving China’s complete reunification is the trend of the times and people's aspiration. Any attempt engaging in separatist activities to create "Taiwan independence" will lead to a dead end," it said.