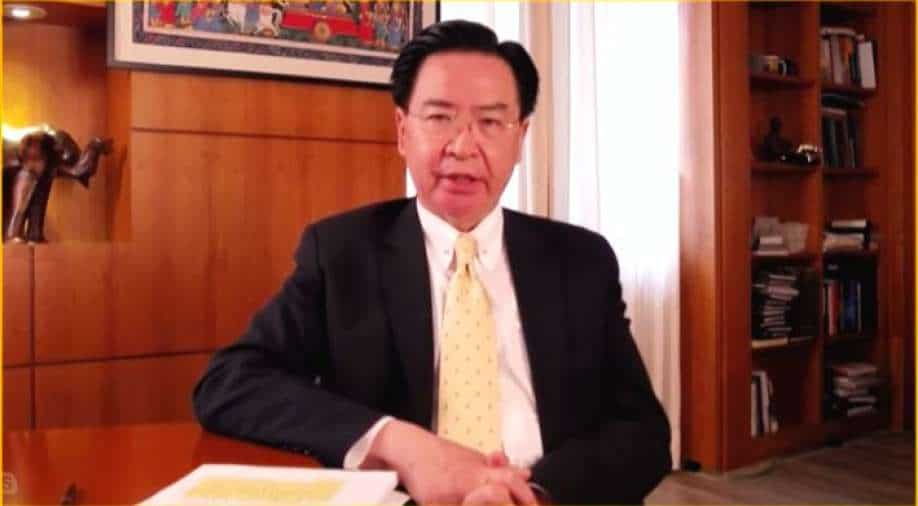 "National Day is the most important day for Taiwan, but the Chinese were trying to resort to physical violence to stop us from celebrating, and that is totally unacceptable," Foreign Minister said.

In an exclusive interview with WION'S Executive Editor Palki Sharma, Taiwan's foreign minister Joseph Wu said China put pressure on other countries to not recognise Taiwan as a country.

Also Read: Taiwan diplomat hospitalised after a scuffle with Chinese diplomats in Fiji

After being asked that China doesn't recognise you as a foreign minister of a country and put pressure on other countries to do the same he said that "Countries call me 'Minister Wu' but there shouldn’t be any problem addressing us as a country. But most of the country in the world are interacting with us and they recognise me as a Foreign Minister of Taiwan."

#StraightTalk | "National Day is the most important day for Taiwan, but the Chinese were trying to resort to physical violence to stop us from celebrating, and that is totally unacceptable," Foreign Minister #JosephWu tells @palkisu on the attack on Taiwan official in Fiji pic.twitter.com/IqA3YW1weJ

Talking about the confrontation at Fiji Chinese diplomats he said that On October 8th people in our Fiji office was celebrating our national day and Chinese people went overboard and one of our colleagues got injured. This act created a wave of national anger in our country. We strongly condemn the violence against our diplomat in Fiji by China’s diplomats.

"National Day is the most important day for Taiwan, but the Chinese were trying to resort to physical violence to stop us from celebrating, and that is totally unacceptable," Foreign Minister said.

On the question of further threats like Fiji attack by the Chinese officials, he said that Chinese diplomat trying to pressure the host countries not to do something with Taiwan, in case of India Chinese diplomats were issuing orders to the Indian press not to report Taiwan National Day. But we don’t see the similar threats in India we have very good relations with the vibrant democracy India.

On the issue of China's preparation for a possible military invasion of Taiwan, he said that not only China is positioning missiles but also they have increased their land and air military activities and this is an alarming situation. China is not hiding its intention, we are also beefing our military capabilities and garner support from several countries.

China seems to be expanding its force of authoritarianism inside and outside China they are trying to prevent Mongolians to learn their traditional language.

On August 26 China passed a law to sideline teaching in the Mongolian language in the region of Inner Mongolia (also referred to as Southern Mongolia).

Joseph Wu said that whenever there is a domestic problem in China, they would try to find a scapegoat to divert attention and Taiwan is an easy scapegoat and we need to be careful we want to be friends with India.

According to the sources, Beijing is replacing its old DF-11s and DF-15s and deploying its most advanced hypersonic missile DF-17 in China's southeast coastal region.

China in recent years has also increased military drills around Taiwan, with almost 40 Chinese warplanes crossing the median line between the mainland and Taiwan on September 18-19 -- one of several sorties the island's President Tsai Ing-wen called a "threat of force.

New York, other states to fight dismissal of antitrust lawsuit against Facebook