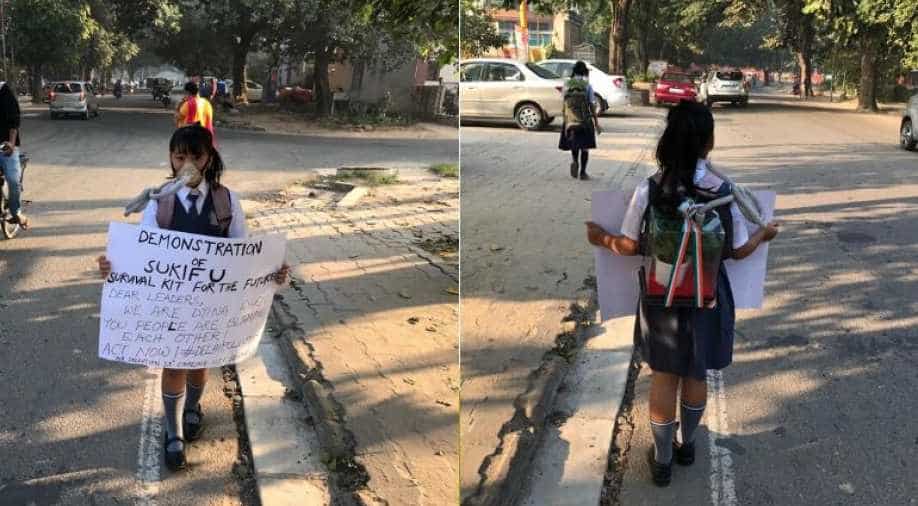 Pollution is inequitably distributed, and the overwhelming majority of pollution-related deaths in children occurred in low- and middle-income countries (LMICs).

By: Sakshi Khandelwal and Ayushi Agarwal

Air pollution is high in more than 90 per cent of cities across the globe and climate change is already damaging the health of the world’s children, a new report revealed on Thursday.

According to the Lancet Countdown Report 2019 on Health and Climate Change, air, water, soil, and chemical pollution were responsible for 940,000 deaths of children worldwide in 2016 and two-thirds of them were under the age of 5.

Pollution is inequitably distributed, and the overwhelming majority of pollution-related deaths in children occurred in low- and middle-income countries (LMICs). Most were due to respiratory and gastrointestinal diseases caused by polluted air and water.

Air pollution annually leads to nearly 7 million premature deaths, about 4 million of which are due to outdoor air pollution. It not only shortens our life span but also affects our day-to-day life negatively. It may cause various heart and lung diseases.

Recent research has linked air pollution to brain cancer for the first time. A comprehensive global review earlier in 2019 concluded that air pollution may be damaging every organ and virtually every cell in the human body.

India is in the midst of an air pollution crisis. Multiple studies show over one million deaths annually in recent years in India is caused by air pollution. According to a Greenpeace study, Delhi is the most polluted capital city on the planet.

One of the best ways to make our future generations ready is to educate them about pollution and it's adverse effects.

Here is a list of children around the world who have come up with ways to combat pollution and lead a healthy life:

Licypriya Kangujam and her SUKIFU (Survival Kit for the Future)

8-years-old Indian Climate Activist Licypriya Kangujam brings out a symbolic device called SUKIFU to curb air pollution. SUKIFU is almost zero budget kit specially designed from trash to provide fresh air into our body when the pollution rate is high.This wearable plant is recognition of the Green Movement and it would be inspiring attention for all across the globe facing deadly pollution.Anybody can build up this concept at home from the trash by recycling to instil fresh air directly into our lungs.

“This is the ultimate solution. Whoever, carry this, especially the children moving on the popular street laced with Smog, would no doubt attract a due attention of the climate experts, pollution control board members, scientists, policymakers, city/municipal commissioners and the entire generation, who are bound to ensure “Safe Future” to their “Generation Next”. This type of pollution is not acceptable by any standards," she said.

A middle school girl has developed a robot that can find microplastics in the ocean and help in reducing waste and pollution.

She was walking along Castle Island’s beach in South Boston when she noticed plastic scattered on the shoreline. She reached down to pick it up and quickly realized there were many more tiny pieces than she could handle.

“When I realized how many pieces there were, it seemed impossible,” says Du, who was in sixth grade at the time.

Geetanjali Rao and her Tethys

A 13-year-old, who already has her name in the Forbes '30 under 30' list for her small, mobile device that tests for lead in drinking water. It detects the amount of lead present in the sample and also indicates how safe is it to drink that water. She named the device Tethys after the Greek Titan goddess of clean water.