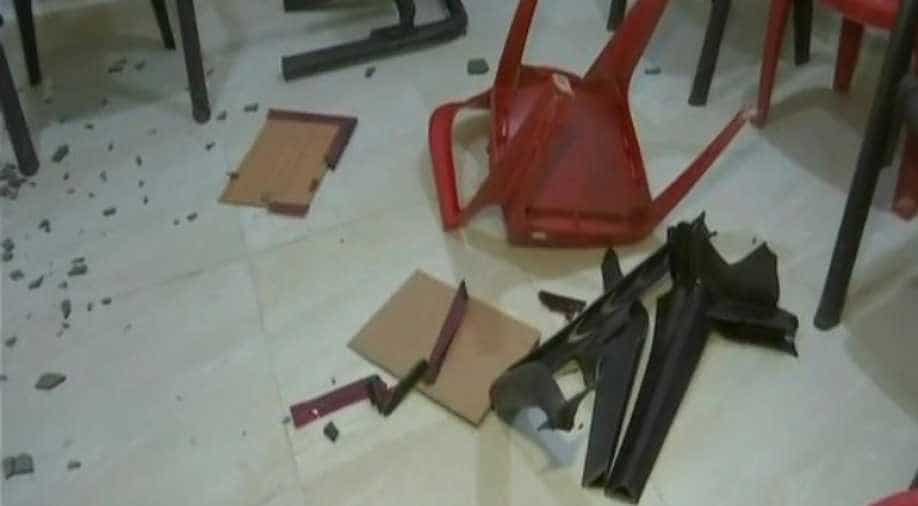 Chhattisgarh will go to the polls in two phases- first on November 12 and second on November 20. The high stakes political battle will conclude on December 11 with the counting of votes.

With assembly elections in the state inching closer, the political battle has intensified, not only among political rivals but within the parties as well.

On Thursday, Congress party workers created ruckus at the district party office in Bilaspur and protested against an alleged anomaly in ticket distribution for the upcoming assembly polls.

In a similar incident, the party office in Raipur witnessed the wrath of aggrieved workers, who vented out their anger against ticket allocation for one seat.

At the Bilaspur party office, Congress workers raised slogans against one of the party candidate who was given a ticket for one of the constituencies of the district. Slogans were also raised against senior party leader and Chhattisgarh Congress in-charge PL Punia.

Some protestors also broke chairs and ransacked the office of the Congress district president, while a large group staged a sit-in outside the district party office.

Following the ruckus, district Congress President Vijay Kesharwani said, "If party workers have a grievance over ticket distribution, they have a right to raise an objection and we will be taking their concerns to the party leaders. There is some resentment among party workers but we want to assure that all will fight together to defeat Bharatiya Janata Party."

District party functionary Narendra Bolar added, "From last 15 years we are out of power but have been struggling for the party. We believe that workers who have been dedicatedly working for all these years must be considered for the candidature of the party. There is some angst among some workers and we will be bringing their concerns to the notice state leadership of the party."Later in the day, ruckus ensued at the Congress office in Raipur following arguments over the Raipur South seat.

Speaking about the incident in Raipur, party leader R Tiwari said, "It is Congress workers` sentiments for the seat as they have the right to speak. They had a discussion with state in-charge PL Punia. There may be some resentment on any issue among party workers but their voice will be heard."

Chhattisgarh will go to the polls in two phases- first on November 12 and second on November 20. The high stakes political battle will conclude on December 11 with the counting of votes.

In the 2013 polls, BJP had won 49 seats, Congress bagged 39, while Bahujan Samaj Party (BSP) and an Independent candidate had won a seat each.