Blast inside car on Jammu-Srinagar highway; no casualties reported 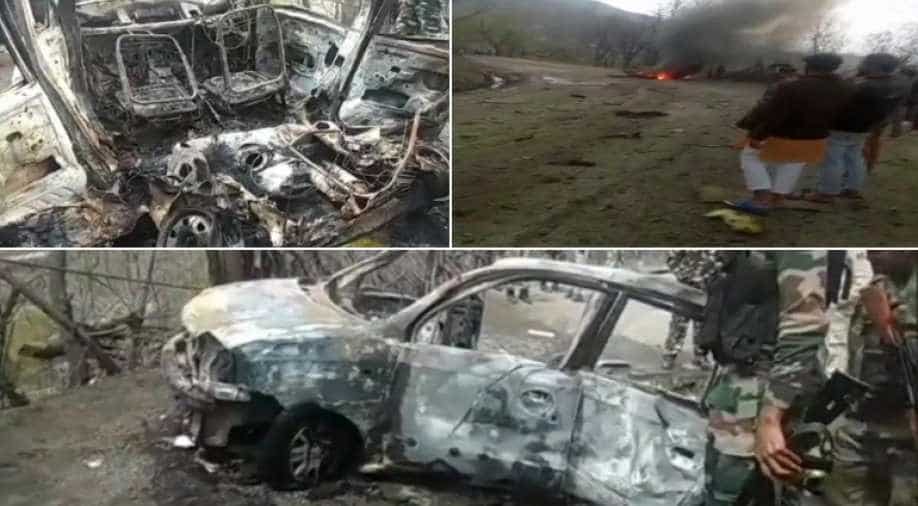 It is suspected that the car was carrying a mix of chemicals, explosives and LPG cylinders.

A civil car exploded near a CRPF convoy in Banihal town of Jammu and Kashmir's Ramban district on Saturday, officials said, adding that there were no casualties among the security personnel.

The incident occurred around 10.30 am, triggering memories of the February 14 vehicle-borne suicide attack on a Central Reserve Police Force (CRPF) convoy in Pulwama in Kashmir that claimed the lives of 40 personnel.

Officials said the car, a Hyundai Santro model, was completely gutted in the fire. Due to the impact of the blast, slight damage was caused to the rear of the CRPF bus registered with a Haryana number plate.

It is suspected that the car was carrying a mix of chemicals, explosives and LPG cylinders.

"No injuries were caused to the CRPF personnel and the incident is being investigated in respect to all possible angles," a senior official said.

About 10 vehicles were reported to be part of the CRPF convoy.