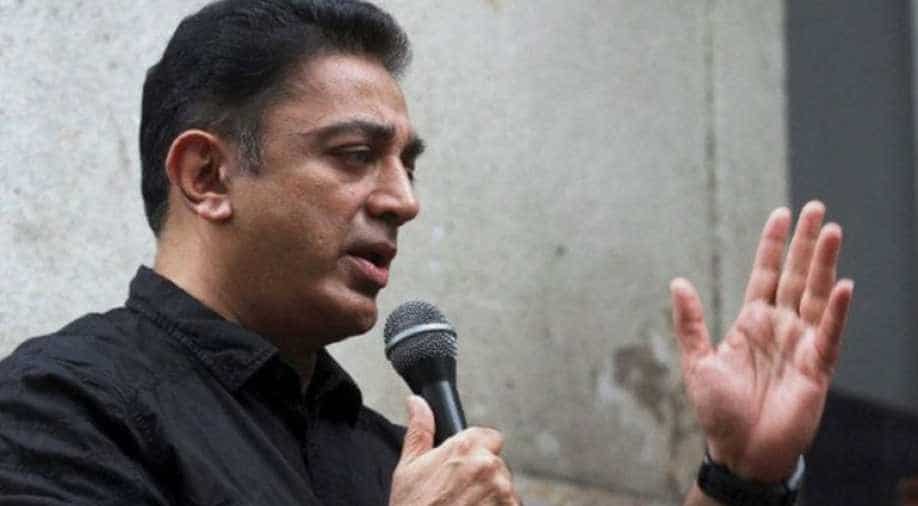 Reacting to Kamal Haasan's remark on Hindu terrorists, a BJP leader took a dig at him by calling him "mentally unstable".

BJP leader Vinay Katiyar said, "His mental state is unstable. He should be getting treated in a hospital. Politics of such defamatory nature is not okay. He doesn't have any proof."

Katiyar also hinted at filing a defamation case against the actor.

He further said that Haasan should apologise for his statement.

In a piece in Tamil magazine Vikatan, the Tamil superstar has stated that Hindu extremists earlier held dialogues but now indulge in violence.

"In the past Hindu right-wing groups would not indulge in violence, but they used to hold dialogues with the opposition parties to win arguments. But these old tactics have been forgotten and now replaced with 'muscle power'. They have started indulging in violence. Right wing can't challenge anyone asking the question -- Show me, one Hindu terrorist? Terror has spread into their camp as well,'' the actor has written in the Tamil magazine.

Such terror activities are not going to help them in any which ways...truth alone triumphs, Tamil superstar added.

''TN will become an example for social justice once again. As of now, Kerala shows the way. Congratulations," the actor wrote.