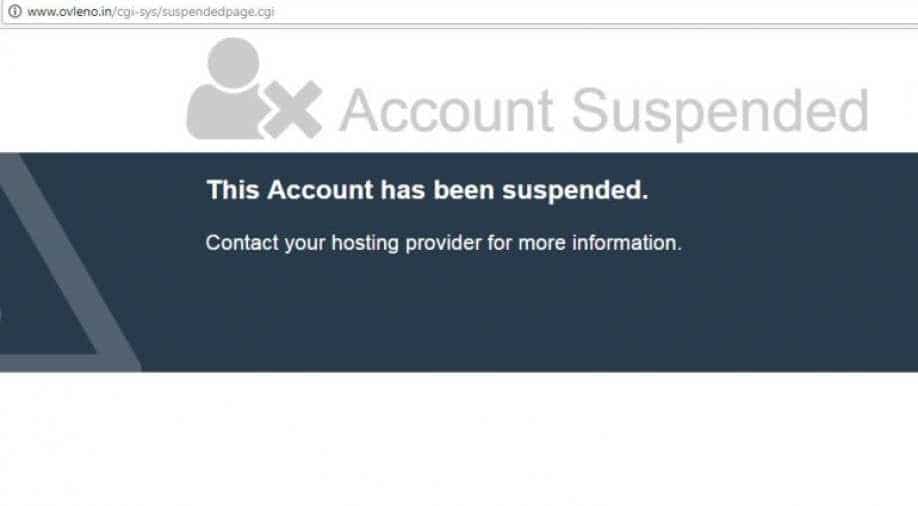 OBI together with SCL Group London makes up SCL India, a research and strategy agency that specialises in data management and behavioural change communications campaigns for political clients. Photograph:( Others )

As stated on the official website, OBI together with SCL Group London makes up SCL India, a research and strategy agency that specialises in data management and behavioural change communications campaigns for political, commercial and social clients in the country.

According to a report by Britain's Channel 4, Cambridge Analytica and its parent company Strategic Communications Laboratories (SCL) allegedly worked in over two hundred elections across the world in countries like India and Argentina, Nigeria among others.

In India, Ovleno Business Intelligence has the Congress, the BJP and the JDU as its political clients. The firm is reportedly headed by Amrish Tyagi, son of senior Janata Dal leader KC Tyagi.

WION got in touch with Amrish Tyagi over OBI suspension who commented that Cambridge Analytica should be contacted and not OBI.

He further added that the OBI analyses data that is out there in the public domain and easily available.

"It is no rocket science to obtain data that we use to analyse. There is no secret source. You can take a particular polling booth, study its history and therefore predict the electoral behavioural pattern of that booth," Tyagi told WION.

There is concrete proof that Amrish Tyagi of Oveleno was in touch with Rahul Gandhi and team. There was nothing till now, but today when Law Minister, Ravi Shankar Prasad has raised the point, some kind of white washing is being attempted: Shehzaad Poonawala pic.twitter.com/DWHoa5nlM8

Reportedly, OBI has denied carrying out any social media or digital work in India. Tyagi noted that the firm had worked with various political parties on the ground for elections.

Last week, UK-based Cambridge Analytica came under the scanner after a whistleblower revealed that the firm had obtained unauthorised personal data of millions of Facebook users to help US President Donald Trump win the 2016 election.