By 2030, India will be able to meet its electricity needs through renewable energy: Study 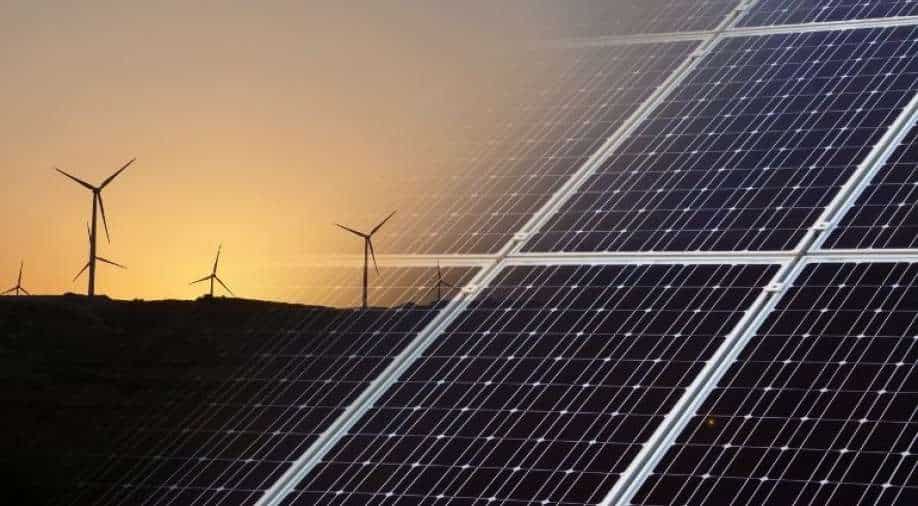 Researchers at Berkeley Lab found that nearly half of India's electricity supply could be carbon-free by 2030, compared to only 25 per cent in 2020. In order to achieve this, renewable energy capacity would have to quadruple over the next decade. Photograph:( Others )

A new study by researchers at the Lawrence Berkeley National Laboratory (Berkeley Lab) shows that India can leapfrog to a more sustainable power system by 2030, thanks to dramatic cost reductions in battery storage and wind and solar energy.

According to the study, if India achieves its goal of installing 500 GW of non-fossil electricity capacity by 2030, it could reduce electricity costs by eight to ten per cent, provided that the price of renewable energy and batteries continue to fall.

2030 will see the carbon emissions intensity of India's electricity supply dropping by 43 to 50 per cent from 2020 levels.

Prime Minister Narendra Modi announced at the UN Climate Change Conference in Glasgow that India would install 175 gigawatts (GW) of renewable energy by 2022, up from 100 GW currently, and 500 GW of non-fossil power by 2030.

"We found that building such high levels of renewable energy would actually be economical for India, thanks to the cost reductions in clean technologies that have occurred much faster than anticipated," said Berkeley Lab scientist and the study`s lead author, Nikit Abhyankar.

"However, the key to achieving the lowest costs, while maintaining grid reliability, lies in complementing the renewable energy buildout with flexible resources such as energy storage and demand response, and utilizing the existing thermal power assets in the country in the most efficient manner."

Researchers at Berkeley Lab found that nearly half of India's electricity supply could be carbon-free by 2030, compared to only 25 per cent in 2020. In order to achieve this, renewable energy capacity would have to quadruple over the next decade.

The study shows that by 2030 coal consumption and greenhouse gas emissions from the power sector can almost hold at 2020 levels. It is therefore unlikely that switching to clean energy sources will result in job losses in mining and transportation over the near to medium term, giving India time to plan for a longer-term transition.