BSP, SP to contest 38 seats each in Uttar Pradesh, Congress left out in cold 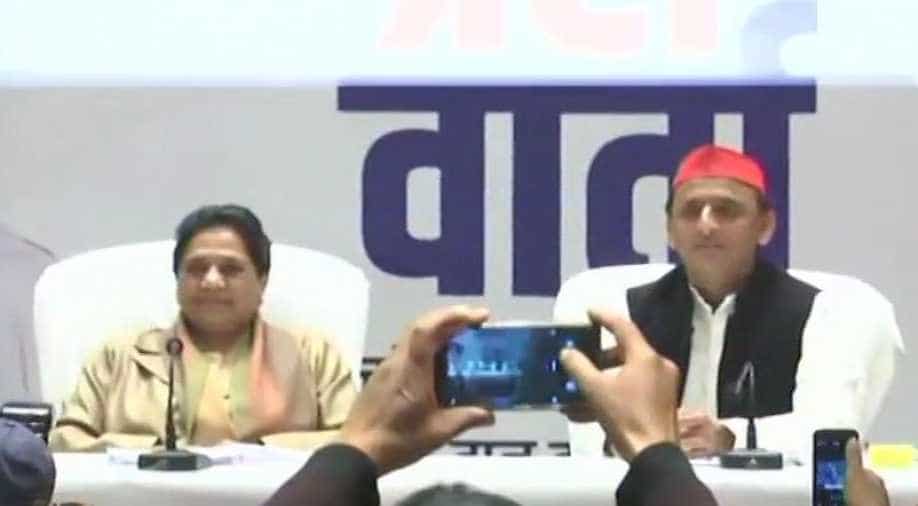 Shutting the door on Congress for an alliance in Uttar Pradesh for the upcoming Lok Sabha elections in May,  Bahujan Samaj Party  (BSP) supremo Mayawati on Saturday said Congress will not be a part of SP-BSP alliance.

Akhilesh Yadav and Mayawati were addressing a joint press conference in Lucknow on Saturday.

''We won't gain anything by including Congress in our alliance. Both BSP and SP have experienced in the past that Congress's vote is not transferable,'' she said.

To defeat the arrogance of BJP, it was necessary for BSP and SP to come together, she said and added BJP can go to any extent to ''create differences in our workers we must be united and counter any such tactic''.

Attacking the BJP government at the Centre, she said SP-BSP alliance will give sleepless nights to Modi-Shah.

''SP-BSP have buried the hatchet and come together. BJP fears this alliance and this press briefing will give sleepless nights to Modi and Amit Shah,'' she said.

The alliance will herald a new political revolution, she said and added that grand alliance will trouble guru-chela, referring Modi and Amit Shah.

BSP-SP will leave no stone unturned to oust BJP, she added.

Akhilesh Yadav and Mayawati to contest 38 each of Uttar Pradesh's 80 seats leaving two seats for other parties in the alliance.

SP-BSP alliance will not field any candidates in Amethi and Rae Bareli and will leave both the seats for the Congress, Mayawati said.